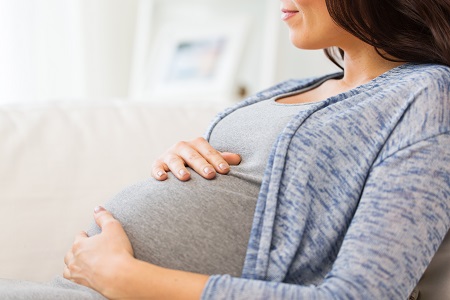 A new study from the University of Colorado has found that consumption of choline can prevent problems with fetal brain development, even when expectant mothers are suffering from illness.

With the likelihood of a child developing fetal brain problems or mental illness doubling when their mother is exposed to viruses such as colds or influenza, the study determined that choline supplements can help prevent developmental problems in unborn children.

"Mothers want to give their babies the best possible start in life," study author Robert Freedman, MD, professor of psychiatry, University of Colorado School of Medicine, said in a statement. "Colds and flu are often unavoidable, even if the mother has had a flu shot. But colds and flu during pregnancy double the risk of future mental illnesses. More and more information show that choline helps the baby's brain develop properly."

An essential B vitamin nutrient, choline has proven to be an effective means of preventing possible fetal brain development problems that often occur after prenatal infections. The study, which was carried out at the University of Colorado and Denver Health Medical Center’s Prenatal Clinic, used prenatal assessments of maternal infection, the mother’s choline levels, and C-Reactive Protein, which is a marker of maternal inflammation. The baby’s brain development before birth was assessed by measuring the child’s brain waves soon after birth.

Harmful effects of maternal infections could be seen through reduced inhibition and other means. Newborns’ response inhibition decreased by 27 percent when mothers had an infection during their first 16 weeks of pregnancy but this effect was prevented if the mother had higher choline levels in that time period.

Parents also completed reports of their child’s behavior when the child was 1 year old. Children whose mothers experienced an infection and had lower choline levels had dramatically decreased ability to pay attention, play quietly, and cuddle with their parents. None of these effects occurred if the mother had higher choline levels. Investigators summarized these characteristics in a scale of self-regulation. The scale indicated that infected mothers saw a 28% decrease in these areas within their own children as compared to mothers with higher choline levels.

Investigators also found that 5 of the 53 children whose mothers experienced an infection had regulation levels in the lowest fifth percentile of a normal sample, compared to 1 of the 83 children who mothers did not have an infection. The effect did not occur if mothers had choline levels greater than 7 micromolar during gestation. They noted that, despite encouragement to eat foods with more choline, only 25% of women achieved that level.

While choline is naturally produced by the body, 75% of pregnant women consume less than the 450 mg that is recommended. The B vitamin can be found in certain foods, such as liver, red meat, and eggs, but there is little to no choline found in prenatal vitamins. Investigators concluded that supplements, which are recommended by the American Medical Association, can help mothers achieve the high choline levels needed by their babies.