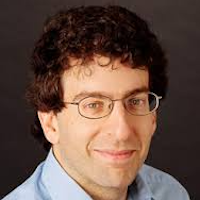 Women with elevated A1c preconception may be at higher risk of severe maternal morbidity or death in pregnancy or postpartum.

The findings of the recent analysis by Joel Ray, MD, and a team of Canada-based investigators highlighted the importance of women undergoing A1c testing, as many do not typically undergo it. What’s more, the findings emphasized the need to have a healthy diet and lifestyle before pregnancy.

“Given its convenient and widespread use, A1c testing may identify those women with preexisting diabetes mellitus at risk of severe maternal mortality, in a manner similar to its current use in recognizing those at higher risk of fetal anomalies, preterm birth and preeclampsia,” Ray, from the University of Toronto, and colleagues, said in a statement.

The team of investigators used existing datasets across Ontario. The data were linked using unique encoded identifiers and analyzed at the Institute for Clinical and Evaluative Sciences. All hospital live birth and stillbirths in Ontario were identified and linked to the Ontario Laboratories Information System.

Eligible participants were women with a live birth or stillbirth from 23 weeks’ gestation onward. The A1c cohort was made up of those who underwent screening between March 2007 and December 2015.

Women who were <16 years old or >50 years old at the time of conception were excluded from the study. Also excluded were non-Ontario residents and those who gave birth or died prior to 23 weeks’ gestation.

Overall, there were 115,992 pregnancies with >1 A1c measured as an outpatient within 90 days preconception or from the estimated date of conception to 21 completed weeks’ gestation. Among those pregnancies, 99.1% comprised the entire A1c cohort. Within the cohort, 27.2% of women had an A1c test within the last 90 days before the estimated date of conception, which formed the sub-cohort.

In the sub-cohort, the mean maternal age was 31 years old. Less than half (43.4%) were nulliparous, 99.5% resulted in a live birth, and 38.2% of births were to immigrant women. The pre-pregnancy rate of diabetes mellitus was 10.1%, while the rate of chronic hypertension was 12.2% and drug dependence/tobacco use was 2.9%. There was a hemoglobin concentration <120 g/L in 10.6% of pregnancies in the sub-cohort.

Ray and the team suggested further research be done to better understand the potential interaction between BMI, A1c, and risk of severe maternal mortality.

“As there is no current recommendation about A1c testing in nondiabetic pregnant women, especially those with obesity and/or chronic hypertension, our findings may enhance research about the benefits of A1c screening in these women,” the investigators concluded.

The study, “Risk of severe maternal morbidity or death in relation to elevated hemoglobin A1c preconception, and in early pregnancy: A population-based cohort study,” was published online in PLOS Medicine.