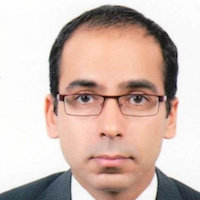 The finding could mean certain patients can receive a higher dose and thus fewer injections of the steroid. It also means patients in lower-income countries have a safe and effective alternative to high-cost anti-VEGF drugs.

ITVA can be a highly effective treatment to reverse diabetic macular edema (DME) and other conditions, in part because it delivers the steroid directly to the site where the therapy is needed. However, one drawback of the therapy is that its effect wanes over time, requiring patients to undergo injections every 4 to 6 months when given the standard 4 mg dose.

Anti-VEGF therapy also requires repeated injections, but at a cost of several thousand dollars per year, or more.

A team of Egyptian scholars wanted to see if a higher dose of ITVA—20 mg instead of 4 mg—would be safe and might result in a longer-lasting effect. To investigate, they enrolled 168 patients with 207 diseased eyes who had received a 20 mg dose of ITVA over the previous 5 years. Two-thirds of those patients (64%) were given the dose to treat DME. The next most common indication was macular edema secondary to retinal vein occlusion.

The mean follow up was 22 months, and the mean number of injections was 1.3.

Mahmoud Leila, MD, an associate professor at Egypt’s Research Institute of Ophthalmology, said all told, high-dose ITVA is a worthwhile therapeutic option for many patients.

“The drug has a very acceptable safety profile and the ensuing complications do not pose a major risk when weighed against the risk of imminent visual loss due to cost-related non-compliance with anti-VEGF protocols,” he told MD Magazine®, speaking on behalf of his colleagues.

Leila said the study’s intent was not to encourage a pendulum swing away from anti-VEGF treatments, but rather to restore confidence in high-dose ITVA. He said there’s a false notion among many ophthalmologists that high-dose ITVA is hazardous.

“This is actually a taboo among ophthalmologists [and the taboo] should be abandoned,” he said. “In our opinion and based on our results, high-dose IVTA should be included in our armamentarium for various retinal diseases especially in particular group of patient who cannot afford anti-VEGF protocols.”

Though Leila said the point of the study was not to discount anti-VEGF therapy, he said there are some patients for whom ITVA is preferable, such as patients with macular edema of inflammatory origin as in pseudophakic cystoid macular edema and macular edema secondary to uveitis. Additionally, he noted that high-dose ITVA has a better longevity than anti-VEGF drugs.

With the 20 mg dose, patients could go 9 months before needing another injection.

Click here to sign up for more HCPLive® content and updates.
Related Coverage >>>
Young Kim, PhD: mHematology Technology and Assessing for Anemia
Roshni Patel, BSc, MCOptom: The State of Glaucoma in 2020
Using EyeArt and AI to Detect Diabetic Retinopathy
You May Also be Interested in
Most Popular
Adam Friedman, MD: Returning to Normal During the COVID-19 Pandemic
What is a Pharmacist's Role in Identifying & Managing OIC?
Free Webinar, Derm Clinical Updates: Keeping Up with COVID-19
The Incredible Shrinking PCP: Growing Pains in Primary Care
Immunotherapies at the Forefront of COVID-19 Treatment Research