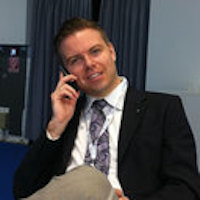 The researchers also found, however, that DAA treatment of the HCV approximately doubled the survival rate of patients on hemodialysis with 24% mortality, compared to 56% mortality in patients with untreated HCV.

"Chronic infection with HCV can be both a cause and a potential complication of kidney disease," Söderholm and colleagues explained. "With an extended follow-up, we showed that HCV treatment improved survival for patients with chronic hepatitis C infection before and during hemodialysis compared with untreated patients."

Although there has previously been evidence that HCV infection increases risk for developing chronic kidney disease, and that DAA treatment of HCV can produce a sustained virologic response (SVR) equivalent to cure, Söderholm and colleagues pointed out that DAA treatment has been underutilized in the patients who require hemodialysis.

They attribute the infrequent treatment of HCV in these patients, in part, to the adverse effects associated with the older regimens of interferon with or without ribavirin.  In addition, Söderholm and colleagues indicate, the initially available DAA, sofosbuvir (Sovaldi), is renally excreted, and its safety had not been fully assessed in patients with renal failure.

Söderholm and colleagues emphasized that DAA treatment continues to be underutilized in these patients despite availability of several sofosbuvir-free DAA regimens, which have been found both effective and well tolerated in patients on hemodialysis. Examples of these are dasabuvir, ombitasvir/parpitaprevir/ritonavir (ViekiraXR) with and without ribavirin, and elbasvir/grazoprevir (Zepatier) and glecaprevir/pibrentasvir (Mavyret).

"The most striking finding of the present study is the significant survival benefit of treating HCV in patients with chronic hepatitis C infection on hemodialysis," Söderholm and colleagues indicated, "and that this benefit remained significant after controlling for age, acute kidney failure diagnosis, and kidney transplantation."

In an accompanying editorial, Richard Moreau, MD, Division of Researchers, National (French) Institute of Health (INSERM), and colleagues underscored the importance of acting on this finding.

"The clear message from this nationwide cohort study is to prioritise interferon-free treatment in HCV-infected patients with chronic kidney disease
with or without hemodialysis,” researchers wrote.

The study, "Higher risk of renal disease in chronic hepatitis C patients: Antiviral therapy survival benefit in patients on hemodialysis," was published online in the May issue of the Journal of Hepatology.

Click here to sign up for more HCPLive® content and updates.
Related Coverage >>>
How COVID-19 Affects Children and Pediatric Care
How ACE2 Reduction Associated with Aging Affects COVID-19 Severity
Online Survey Reveals Patient Knowledge, Misperceptions About COVID-19
You May Also be Interested in
Most Popular
Limited Supply of Chloroquine, Hydroxychloroquine Could Affect COVID-19 Use
Flu Cases Near 30 Million in the US, CDC Reports
Comparing RT-PCR and Chest CT for Diagnosing COVID-19
Concern Over Sleep Apnea and Coronavirus Transmission
Gastrointestinal Issues Could Help Diagnose Coronavirus