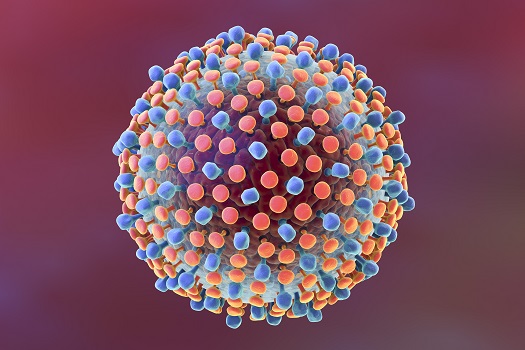 Despite being curable, hepatitis C kills more people in the United States than any other infection disease, according to the Centers for Disease Control and Prevention (CDC). But what happens after it’s cured? Hamish Innes, PhD, of Glasgow Caledonian University, and colleagues in the United Kingdom looked at a national database to identified people who were cured of the virus and have secured a sustained viral response (SVR) in 1996 to 2011.

“The number of people living with previous hepatitis C infection that have attained a SVR is expected to grow rapidly,” the authors wrote in their report. “So far, the prognosis of this group relative to the general population is unclear.”

A total of 1,824 people in the Scottish database met the criteria for the study. The researchers followed them for an average 5.2 years after SVR. They uncovered the mortality rate of the SVR cohort, as well as the general population, and calculated the standardized mortality ratios (SMRs) to compare the two.

Out of all the patients, 78 passed away. All-cause mortality was 1.9 times more frequent for people who previously had hepatitis C and had SVR (SMR: 1.86).

“Significant cause-specific elevations were seen for death due to primary liver cancer (SMR: 23.50), and death due to drug-related causes (SMR: 6.58),” the report said. “Together these two causes accounted for 66% of the total excess death observed.”

When it came to modifiable characters that increased mortality, the data indicated that they were all either heavy alcohol use or injecting drug use. But the 32.8% of the cohort that did not have these characteristics had equivalent survival to the general population (SMR: 0.70).

“Patients cured of hepatitis C through treatment had a higher mortality rate overall than the general population,” the team concluded. “The excess was driven by death from drug-related causes and liver cancer.”

The full study, “Mortality in hepatitis C patients who achieve a sustained viral response compared to the general population,” was published in the Journal of Hepatology.

Click here to sign up for more MD Magazine content and updates.
Related Coverage >>>
Investigators Link Farm Proximity Residence to C. Difficile
The 10 Most Read Articles of 2019
HCV-Positive Hearts Could Increase Donor Pools
You May Also be Interested in
Most Popular
Top 10 Painkillers in the US
Looking for Links Between Testosterone and Vitamin D Levels
Dialysis Most Effective Treatment for Frail Patients with ESKD
Multiple Sclerosis Palliative Care Soars in US Hospitals
Why Do Some People Get HIV After Exposure But Others Don't?