Hepatitis C Is No Match for Sorafenib-Treated Hepatocellular Carcinoma 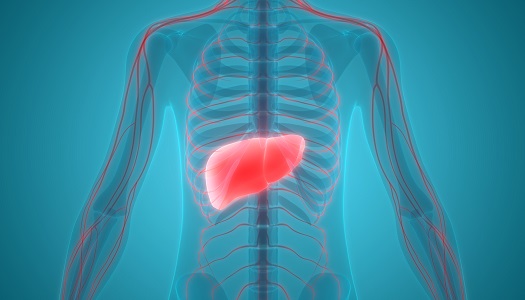 Hepatocellular carcinoma (HCC), a type of liver cancer, is known to be associated with viral hepatitis and other liver conditions. But the presence of hepatitis when treating HCC can cause complications in survival.

Researchers from the United Kingdom examined three phase 3 trials to uncover how hepatitis C and hepatitis B status may influence patients’ survival. In the studies, there were a total of 3,256 patients on four different medications—1,643 (50%) taking sorafenib, 577 (18%) taking brivanib, 526 (16%) taking sunitinib, and 510 (16%) taking linifanib.

Using a Bayesian hierarchical approach to dissect the data meta-analyses, the team calculated hazard ratios. Patients were followed for a median of 20 months.

One hundred and sixty-seven participants had hepatitis C—86 receiving sorafenib and 81 receiving one of the other medications.

When it came to advanced unresectable HCC, patients taking sorafenib had improved overall survival even if they were had present hepatitis C infection. The medication also improved survival when patients were hepatitis B-negative.

Sorafenib did not help improve survival, however, if patients were hepatitis B-positive or hepatitis C-negative.

“There was no evidence of improvement in overall survival for any other patient subgroups defined by hepatitis B and hepatitis C,” the researchers wrote in the Journal of Clinical Oncology. “Results were consistent across all trials with heterogeneity assessed using Cochran’s Q statistic.”

Ethnicity didn’t prove to be an independent factor in treatment outcomes.

The team acknowledged that evidence has linked genetics and HCC treatment response, which could have possible played a role in this study. In addition, while it’s been shown that sorafenib slows hepatitis C replication, research has not gone beyond in vitro trials.

“Here, by a meta-analysis, we arrive at an answer to a question that was no considered when the trials were conceived and could not have been answered by any of the trials individually,” the researchers concluded.

The study, “Impact of Viral Status on Survival in Patients Receiving Sorafenib for Advanced Hepatocellular Cancer: A Meta-Analysis of Randomized Phase III Trials,” was published in the Journal of Clinical Oncology.

Click here to sign up for more HCPLive® content and updates.
Related Coverage >>>
Older Patients At Higher Risk of Complications from Flu
Lorcaserin Pulled From Market Following FDA Cancer Warning
Cardiovascular Outcomes Underreported in Cancer Trials
You May Also be Interested in
Most Popular
The Fear of the Coronavirus, and the Reality of the Flu
Ustekinumab Successful as a Target Therapy for Crohn's Disease
Top 10 Painkillers in the US
Family Therapy Reduces Adolescent Substance Abuse, PTSD Symptoms
Implementing Price Transparency Tools at Ambulatory Care Centers