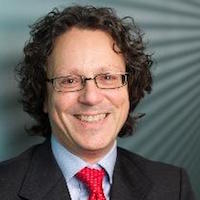 Researchers in the UK and Germany wanted to investigate the hypothesis that an overactive immune system is a trigger for chronic fatigue syndrome (CFS). They noted that some of the key symptoms of CFS—being tired despite sleep, flu-like symptoms, and cognitive impairment—are also found in certain immune disorders, and patients often report having infections prior to the onset of the chronic fatigue.

However, the researchers noted that it’s difficult to test whether infections—or more precisely, immune responses to infections—lead to chronic fatigue syndrome, since it’s impossible to predict when a patient will get an infection.

That’s where HCV comes in. Many patients with HCV are treated with interferon-alpha (IFN-alpha), a drug that conjures a robust immune response similar to the kind hypothesized to be a trigger for CFS. The researchers decided to track patients with HCV who were receiving IFN-alpha in order to see how immune system data correlated with rates of CFS.

“Our approach is novel because it allowed us to take pre-treatment measurements to explore possible risk factors that might have predisposed some of the group to develop a CFS-like illness,” wrote Alice Russell, PhD, and Carmine M. Pariante, MD, PhD, of King’s College London. “This is something that’s almost impossible to achieve in actual CFS without a cohort of thousands to track who does and doesn’t become unwell.”

Russell and Pariante, 2 of the co-authors of the new research, wrote about their findings in an op-ed published earlier this month.

The study involved 55 patients with HCV. The patients were assessed at baseline, after 6-12 months of treatment, and 6 months after the completion of treatment. As a control, 54 CFS patients and 57 healthy volunteers were also assessed, though these patients were only checked a single time.

Eighteen of the HCV patients were found to have persistent fatigue after IFN-alpha treatment; the remaining two-thirds did not. Those 18 patients tended to have a higher spike in fatigue during the first 4 weeks of treatment, compared to the other patients in the study.

The researchers also found that the 18 patients had higher levels of interleukin-10 (IL-10) at baseline, and greater increases of IL-10 and interleukin-6 in response to IFN-alpha treatment.
Still, 6 months post-treatment, there was no longer significant evidence of continued increased immune activation—not in the 18 HCV patients with CFS-like symptoms, nor in the comparison group.

“This suggests that while an exaggerated immune response may be responsible for leading patients on a trajectory to develop CFS, it is no longer there by the time CFS is diagnosed,” Russell and Pariante wrote. “Rather, this early activation may have an effect on other organs, for example, which lead to biological changes associated with more chronic fatigue and the other symptoms endured by these patients.”

Russell and Pariante said additional research will be needed to better understand what is at play in the initial immune response of people who go on to have CFS, and why the fatigue continues in patients even after the spike in immune activation dissipates.

The study, “Persistent fatigue induced by interferon-alpha: a novel, inflammation-based, proxy model of chronic fatigue syndrome,” was published online in the journal Psychoneuroendocrinology.

Click here to sign up for more HCPLive® content and updates.
Related Coverage >>>
Gut Microbiome Hints at Lupus Nephritis Disease Activity
How Will COVID-19 Change Pediatric Care?
Study Finds Marijuana Use Not Linked to Increased Stroke Risk
You May Also be Interested in
Most Popular
Adam Friedman, MD: Returning to Normal During the COVID-19 Pandemic
Immunotherapies at the Forefront of COVID-19 Treatment Research
Free Webinar, Derm Clinical Updates: Keeping Up with COVID-19
When to Suspect Diarrhea is Symptom of a Clostridium Difficile
More Sleep Apnea Patients Reverse Metabolic Syndrome with CPAP