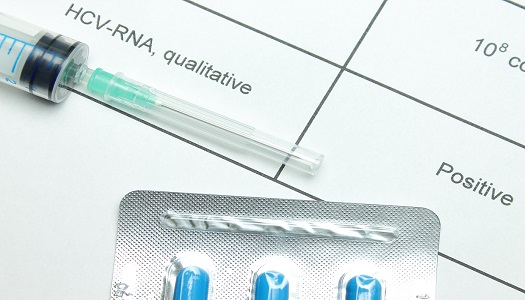 A recent analysis suggests that liver disease and treatment costs for people with hepatitis C varies depending on a patient’s genotype—and people with genotype 3 appear to have a greater severity of liver disease.

Researchers analyzed data from selected health insurance claims in the United States, and identified varying disease progression and healthcare costs based on genotype.

“This study provides evidence of variation by hepatitis C genotype in liver and non-liver related comorbidities, liver disease severity, and healthcare costs,” the authors wrote in the journal Current Medical Research and Opinion.

Chronic hepatitis C infection can cause serious liver damage, cirrhosis, and also lead to liver cancer. There are six major strains, or genotypes, of the virus. While genotype 1 is the most prevalent in the United States, genotype 3 appears to be the most difficult to treat.

The retrospective study collected data on patient demographic and clinical characteristics provided in healthcare claims from a large US health plan and laboratory data. All patients had at least 18 months of a continuous pharmacy and medical insurance. Potential participants were excluded if age, sex, geographic region, and health insurance were unknown.

“These findings support the notion that genotype 3 variant of the virus imparts a unique pathophysiology throughout the disease course,” the authors stated, also noting that the findings were similar to previous studies.

Those with genotype 1 took the hardest financial hit with the highest all-cause costs, while genotype 2 patients had the lowest costs and lower healthcare resource utilization.

One limitation of the study is that results may not generally represent other patients outside the represented insurance plans, the authors noted.

“The findings highlight the importance of effective hepatitis C treatment for all patients and support guidelines for treatment of high-risk patients,” including patients with genotype 3 of the virus, the team concluded.

The study, “Clinical characteristics, healthcare costs, and resource utilization in hepatitis C vary by genotype,” was published in Current Medical Research and Opinion, and was sponsored by Bristol-Myers Squibb.

Click here to sign up for more HCPLive® content and updates.
Related Coverage >>>
FDA Approves First Quadrivalent, Adjuvanted Flu Vaccine for Older Adults
Christina Tan, MD, MPH: Managing Coronavirus Fear
Low Nicotine Cigarettes Application Presented to FDA Advisory Committee
You May Also be Interested in
Most Popular
The Fear of the Coronavirus, and the Reality of the Flu
Epidemiological Investigation of Rheumatoid Arthritis Links Manual Labor to the Disease
Notes From Rounds: Anticoagulation Reversal Strategies for ICUs
When to Suspect Diarrhea is Symptom of a Clostridium Difficile
The Gearhead's 2007 Holiday Gadget-Buying Guide