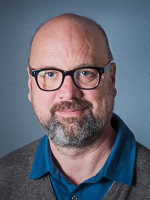 Hepatitis C patients with hard-to-treat genotype 3 showed sustained virologic response (SVR) of greater than 90% in a real-life study of a therapy based on the direct-acting antiviral (DAA) drug sofosbuvir (Sovaldi, Gilead Sciences Inc.)

HCV genotype 3 has been linked to increased risk of developing cirrhosis and hepatocellular carcinoma (HCC) compared to other versions of the virus, previous studies have found.

The research team from Norway, Denmark, Finland and Sweden chose patients from those four countries for the retrospective cohort study. About 100,00 people in Scandinavia are infected with HCV – and half of them have genotype 3, according to the paper.

“Genotype 3 is common all over Scandinavia and in the UK,” Dalgard told MD Magazine in an email. “We don’t know why, but genotype 3 has its origin in South Asia and both the UK and Norway and Denmark have large immigrant populations from Pakistan.”

Only a few studies have reported the effect of sofosbuvir-based treatment in genotype 3 patients with advanced liver disease in a real-life setting, the authors said.

“Our paper is important globally because it shows that very good SVR rates can be achieved with available drugs even in patients with decompensated cirrhosis and genotype 3 infection,” Dalgard said.

The team chose patients for the study who were 18 years of age or older and had received at least one dose of sofosbuvir. Those who’d had an organ transplant or were co-infected with hepatitis B (HBV) or human immunodeficiency virus (HIV) were excluded. In total 316 patients were selected and 311 were included in the modified intention to treat (miTT) population.

The group was given sofosbuvir in various combinations with other drugs. The combinations included sofosbuvir with ribavirin, daclatasvir (Daklinza, Bristol-Myers Squibb), ledipasvir (Harvoni, Gilead) or pegylated interferon alpha (peg-IFN-α). The treatment administered depended on national guidelines and availability.

The rates of SVR at 12 weeks were similar across all treatment regimens, the study found. Men had a lower cure rate (89%) than women (97%.) Patients with cirrhosis fared worse than those who did not have liver scarring, at 90% versus 96%. Those with decompensated cirrhosis had lower SVR12 rates than individuals with compensated liver disease, at 82% compared with 94%.  Similarly, increasing liver stiffness was associated with a decreased chance of attaining SVR, the authors wrote.

The results must be interpreted with caution, however, because there was no external monitoring of the data, according to the paper. Even so, data obtained in a real-world setting complement the information derived from randomized clinical trials, the researchers said.

Real-life studies also provide important outcome data in a broader range of patients, including those with more advanced liver disease, the team said. Such individuals are often excluded from clinical trials.

Click here to sign up for more MD Magazine content and updates.
Related Coverage >>>
Investigators Link Farm Proximity Residence to C. Difficile
The 10 Most Read Articles of 2019
HCV-Positive Hearts Could Increase Donor Pools
You May Also be Interested in
Most Popular
Hospice Care Improves End-of-Life Care for Patients who Stop Dialysis
Irregular Menstruation in Teenagers May be a Warning Sign
Top 10 Painkillers in the US
Tonsil Removal Surgery Could Have Negative Impact on Patient Immune System
Positive Results for Medication Aimed at Reducing Opioid Use Post-Surgery