Hep C Drugs: Prices to Plummet, but Not in US 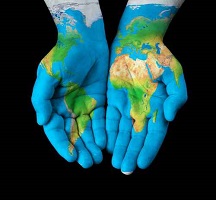 The $1,000 a pill cost of the new hepatitis C drugs has put them out of reach for many people in the US, and strained Medicaid budgets in many states. But people in Egypt are getting some of these drugs for $8 a pill.

Using the same strategy that earlier led to a dramatic drop in the cost of AIDS drugs in some parts of the world, major drug companies are starting to make cheap versions of their blockbuster direct-acting antivirals (DAAs) for hepatitis C available to people in poor and many middle- income nations. It is a proven way to deflect criticism about prices, do a lot of good, and still rake in the profits back home.

The nations that get the price breaks are ones where the pharma companies know they wouldn’t be able to sell the drugs at US prices. “These are countries where the money just isn’t there,” said Bob Kirby, director of corporate healthcare at Fitch Ratings in Chicago. “To some degree US payers subsidize [drug] costs for the rest of the world.”

Last month Bristol-Myers Squibb agreed to allow the United Nations-backed Medicines Patent Pool to distribute licenses for the generic manufacture of its DAA for HCV, daclatasvir (Daklinza). The non-profit organization, based in Geneva, Switzerland, played a similar role in finding generic manufacturers for HIV drugs years ago. The newest Bristol-Myers/MPP agreement covers 112 low-to-middle income countries around the world—though Egypt is not among them, a Bristol-Myers spokesman said.

Among those 112 countries are 76 middle-income countries, according to the MPP. The high price of the HCV drugs puts them out of reach of these people as well. Gilead Sciences last year licensed 11 generic manufacturers to make and sell its DAA sofosbuvir (Sovaldi) in 101 nations, including Egypt. But don’t expect big price reductions any time soon in the US. That did not happen when pharma cut the price of HIV drugs in poor nations, and likely will not with the new DAAs, Fitch's Kirby said.


Continue Reading (Page 2) >>
Click here to sign up for more HCPLive® content and updates.
Related Coverage >>>
Gut Microbiome Hints at Lupus Nephritis Disease Activity
How Will COVID-19 Change Pediatric Care?
Brian LaMoreaux, MD: Practicing Rheumatology During and After COVID-19
You May Also be Interested in
Most Popular
Higher Doses of Upadacitinib Increase Rate of Serious Infections
Use of Oral Therapy for the Management of Schizophrenia
Psychosocial Treatments for the Management of Schizophrenia
Nanoparticle Treatment Showing Promise Against Rheumatoid Arthritis
Netakimab Rapidly Improves Axial Disease