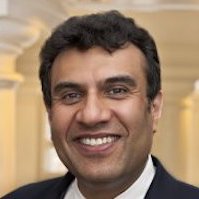 Fresh on the heels of the US Food and Drug Administration’s decision to OK a new implantation technique, a Brigham and Women’s Hospital-led study is suggesting use of Abbott’s HeartMate 3 heart pump could revolutionize current strategies for treating heart failure.

Results of the analysis, which was funded by Abbott, revealed the superior treatment effect of the HeartMate 3 left ventricular assist device (LVAD) compared to the HeartMate II for both bridge-to-therapy (BTT) or destination therapy (DT) patients—indicating the use of categorizations based on transplant eligibility could be abandoned in favor of a single strategy of improving survival and quality of life in patients.

The primary endpoint of the study was survival free of disabling stroke or reoperation to remove or replace a malfunctioning device at 2 years. Investigators also noted secondary endpoints including quality of life, functional status, and adverse events.

When examining the primary endpoint among study participants, results demonstrated significantly greater success in achieving the primary endpoint with HeartMate 3 than HeartMate II devices, regardless of whether patients received a BTT/BTC or DT preimplant designation (HRs:0.62 [95% CI,0.40-0.94] and 0.61 [95% CI, 0.46-0.81], respectively). Additionally, event-free survival for patients with HeartMate 3 devices was not significantly different between BTT/BTC and DT groups (76.8% for the BTT/BTC group and 73.2% for the DT group; log-rank P=0.19).

In an interview with HCPLive®, lead investigator Mandeep Mehra, MD, executive director of the Brigham's Center for Advanced Heart Disease, suggests it may be time to abandon the preimplantation categorizations based on transplant eligibility.

“Given that the journey on an LVAD with the newest pump is now quite forgiving, some patients may elect to continue on the LVAD alone and forgo transplantation for as long as possible,” Mehra said. “Such a tactic will also allow patients to not fall ‘through the cracks’ if they do not fit into the discrete categories ‘upfront’ which can lead to delay in decision making and potential harm to patients.”

Click here to sign up for more HCPLive® content and updates.
Related Coverage >>>
Christina Tan, MD, MPH: Managing Coronavirus Fear
Novalung System Granted 510(k) Clearance for Whole ECMO System
Bempedoic Acid, A Non-Statin Lipid-Lowering Agent, Approved by FDA
You May Also be Interested in
Most Popular
The Fear of the Coronavirus, and the Reality of the Flu
FDA Approves IV Meloxicam for Pain Management
Top 10 Painkillers in the US
Education is Key in Spreading Awareness of Rare Heart Condition
Apomorphine Helps Increase On Time Response for Parkinson Disease Patients