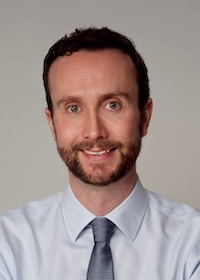 Kenneth Myers, MD
A quick test for measuring differences in wakefulness and light sleep would drive the understanding of heart rate variability (HRV) in people with epilepsy, according to a new paper.

Researchers from Canada and Australia conducted a literature review of HRV in people with epilepsy in order to make recommendations on how to tailor future research to reach a phase of integrating this into clinical practice. After all, they said, this has been studied for more than 30 years and it has yet to make its way into practice. HRV is the interval of time between each heartbeat, which can represent balance between the parasympathetic and the sympathetic activity in the autonomic nervous system.

“There is a huge potential to reduce the risk of mortality (particularly via sudden unexpected death) if we could make the jump from research to bedside management of people with epilepsy,” study author Kenneth Myers, MD, told MD Magazine®.

The researchers pulled studies related to “epilepsy” and “heart rate variability” from the PubMed database through June 2018. They also discovered guidelines for HRV evaluation in cardiology, but those can only be applied to epilepsy in a limited sense. HRV can be used in epilepsy to measure time between seizures, during seizures, before and after seizures, and over long periods of time which may or may not include seizures.

“In general, there has been considerable variation in the experimental approaches taken to assess HRV in epilepsy, which may partially explain the contradictory findings between some of the studies discussed,” the study authors wrote.

Most of the HRV research in epilepsy has involved adult patients with temporal lobe epilepsy, which typically has autonomic features such as tachycardia, bradycardia, and sweating, the researchers said. One study even suggested that more severe HRV derangement was predictive of poorer outcomes following resective surgery. In generalized epilepsy, the review found that the HRV is also abnormal, though the degree of derangement seems to be milder than with temporal lobe epilepsy.

Various antiepileptic therapies can influence HRV, the researchers added. Vagus nerve stimulation, for example, may have effects, they said. However, many studies failed to find significant differences in HRV before and after vagus nerve stimulation treatment. The study authors said that the varying results among all of these papers may be attributed to different time points used for evaluation, while the response might be present at 6 months, the results may not be sustained.

It remains unclear if other antiepileptic drugs have a direct effect on the autonomic nervous system, the researchers said, or if they influence HRV secondary to controlling epilepsy.

Two studies examining HRV before and after resective surgeries showed that there was no change in HRV, and another study showed that epileptic patients with severe HRV had poorer surgical results.

While many studies have examined peri-ictal changes in HRV, the researchers did not spend a lot of time discussing them and said the general theme was a further increase in sympathetic dominance during nearly every type of seizure.

There is some enthusiasm for research into HRV because it may lead to more understanding of sudden unexpected death in epilepsy (SUDEP). Some have found correlation between SUDEP and severely deranged HRV, but another study did not find significant correlation.

“I am hopeful that our recommendations will eventually allow physicians to use heart rate variability to evaluate an individual’s risk for sudden unexpected death, and determine if different treatments are effective in lowering that risk,” Myers said. “Related to this, there is also evidence that heart rate variability data could be used to determine which patients are most likely to benefit from surgical intervention for their epilepsy.”

The paper, “Heart rate variability measurement in epilepsy: How can we move from research to clinical practice?” was published in Epilepsia.

Click here to sign up for more HCPLive® content and updates.
Related Coverage >>>
Laparoscopic Ileocecal Resection Comparable to Anti-TNF's for Crohn's Disease
Investigators Test Treatment Regimens for Psychiatric Disorders with Insomnia
Polygenic Risk Score Could Better Predict Severe COPD Risk
You May Also be Interested in
Most Popular
Denise Daley, PhD: Early Asthma Interventions for Infants
Visual Impairment, Dementia Are Detrimental to Independence of Older Adults
Flu Cases Near 30 Million in the US, CDC Reports
Screen Time Linked to Inattentiveness, Behavior Problems in Children
Top 10 Painkillers in the US