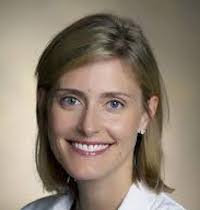 A team, led by Kelly H. Schlendorf, MD, Vanderbilt University Medical Center, recently sought to better define the link between hepatitis C-positive donors with heart transplant volumes, wait-list duration, the transmission and cure of donor-derived hepatitis C, and the morbidity and mortality at 1 year in a prospective, single-center, observational study.

The 1-year survival, which exceeded 90%, was not significantly different when compared to the survival rate of patients who were transplanted with hearts from hepatitis C-negative donors during the same time period.

“Using hepatitis C–positive donors may afford a strategy to substantially expand the donor pool for patients awaiting heart transplant, increasing transplant volumes, and reducing morbidity and mortality on the wait-list,” the authors wrote.

Each patient in the study underwent a heart transplant between Sept. 2016 and April 2019 and a large academic medical center. A HCV-positive donor was defined as a donor with a positive HCV antibody or HCV nucleic acid testing.

Transplant recipients were given an initial regimen of mycophenolate mofetil (1g every 12 hours), tacrolimus (titrated to a trough level of 8-12 ng/mL), and a steroid taper. Patients underwent surveillance endomyocardial biopsies, as well as a coronary angiography at 1 year following the transplant.

Of the hepatitis C positive donors, 70 had viremia and 10 were seropositive, but did not have viremia.

However, treatment with direct-acting antivirals was generally well tolerated, yielding sustained virologic responses in all of the treated patients.

There is currently a shortage of donor hearts, contributing to prolonged wait times, increased reliance on mechanical circulator support, and higher mortality rates.

During the most recent era, median wait times ranged from 7-535 days, depending on blood type. In 2018, more than 950 patients died waiting for a transplant or were removed from the wait-list due to a progressive illness.

However, direct-acting antivirals have yielded a high HCV cure rate, breathing new life into the concept of using organs from HCV-positive donors to expand the donor pool.

Earlier this year, investigators from the University of Tennessee’s Health Science Center, found that HCV-infected kidneys could be safely transplanted into HCV-negative recipients.

Approximately 81% of the recipients did not experience clinically significant increases, which were more than 3 times higher than the upper limit of the normal value in aminotransferase levels, with their HCV RNA levels in the 5-6 log range.

Only 1 patient developed fibrosing cholestatic hepatitis with complete resolution, while all recipients completed antiviral treatment, 100% of which were HCV RNA-negative and achieved 12-week sustained virologic response.

The study, “Expanding Heart Transplant in the Era of Direct-Acting Antiviral Therapy for Hepatitis C,” was published online in JAMA Cardiology.