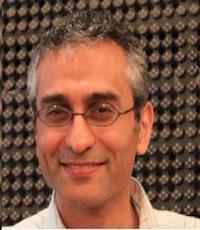 Harel Dahari, PhD
A vaccine for hepatitis C would have a major impact on transmission of the virus among people who inject drugs (PWID), according to new research.

Currently, there is no HCV vaccine on the market, though vaccines do exist for other forms of hepatitis. However, since existing evidence suggests the vaccine is unlikely to completely stop transmission, the authors note a vaccine won’t be a comprehensive solution to the problem of HCV transmission.

“We hope that our study will encourage more research and funding towards developing a vaccine for hepatitis C,” said Harel Dahari, PhD, the co-senior author on the study and an assistant professor at the Loyola University Chicago Stritch School of Medicine.

Dahari said the study also furthers a National Institutes of Health-funded project in which Dahari and colleagues are seeking to develop a data-driven model to eliminate HCV among people who inject drugs (PWID). The project is called Hepatitis C Elimination among People who inject drugs—or HepCEP.

“HepCEP would enable policy makers to identify the most effective intervention strategies (including the role of future hepatitis C vaccines) for elimination of hepatitis C that has been proposed by the World Health Organization,” Dahari told MD Magazine®.

HepCEP is using Chicago’s injecting-drug user population for its proof-of-concept study, he said.
The study is based on mathematical modeling designed “to determine transmission probabilities relative to the HCV RNA titers of needle/syringe-sharing donors,” Dahari and colleagues wrote. The study considered 2 different types of syringes frequently used by drug users, and also factored in rinsing and sharing frequency. The study utilized data from previous studies of people who were infected or re-infected with HCV.

The data showed that, if an HCV-positive/HCV-negative pair shared needles at least weekly, the chance of the HIV-negative patient contracting HCV within 6 months was greater than 90%. The model showed that risk cut to between 1% and 25% if the non-infected partner had pre-existing immunity of the type that could be provided by a vaccine.

While such a decrease could have a striking impact on HCV rates among the PWID community, Dahari said the vaccine alone won’t eliminate HCV. Thus, he said, public health officials would still need to craft a holistic approach to HCV prevention.

“We projected in our study that a vaccine should be incorporated with existing syringe and needle exchange programs along with other harm reduction programs among PWID,” Dahari said. “A future hepatitis C vaccine should be given to anyone who at risk in the United States and abroad—which greatly varies across regions and nations.”

The study, “Modeling of patient virus titers suggests that availability of a vaccine could reduce hepatitis C virus transmission among injecting drug users,” was published July 11 in Science Translational Medicine.

Click here to sign up for more MD Magazine content and updates.
Related Coverage >>>
Overcoming Physician Burnout During the Winter
Flu Cases Reach 13 Million in the US, CDC Reports
Tweet Chat on Doctors Getting Online Scheduled for January 27
You May Also be Interested in
Most Popular
Overcoming Physician Burnout During the Winter
Geographic Variation in Procedure Use Among Medicare Recipients
This Is How HIV Enters the Nucleus of Immune System Cells
Use of IL-23 Inhibitors to Treat Plaque Psoriasis
Minorities Disproportionately Cared for in ICU