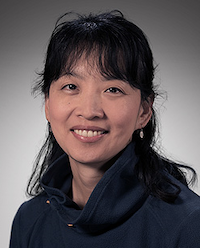 The effectiveness of direct-acting antiviral (DAA) treatment of hepatitis C virus (HCV) in patients co-infected with HIV in the small, observational studies that applied strict eligibility criteria has been reexamined in "real-world" settings.

Kim discussed the long-standing obstacles to treatment that this patient population has encountered with MD Magazine®.

"We have a historical legacy, from the interferon era, of not treating patients with psychosocial comorbidities, specifically substance use disorder and/or mental health disorders," Kim said.

"This has contributed to the legitimization of insurance policies that mandate a period of sobriety before HCV treatment would even be considered," Kim added, "and contributed to provider and system biases against patients who struggle or have struggled with these conditions and want to get treated."

"HIV and HCV co-infection is associated with an increased risk of adverse health outcomes, largely due to the effects of HIV infection on the natural history of HCV," Scott and Chew indicated. "HIV infection is associated with higher rates of HCV replication and therefore higher levels of HCV viremia, although the clinical implications of the increased HCV viremia are unclear."

In their examination of outcomes of HCV treatment in co-infected patients across 8 regional clinics, Kim and colleagues considered high baseline viremia, in addition to a range of other potential risk factors for suboptimal treatment adherence and response, including cirrhosis, prior treatment experience, obesity, diabetes, and mental health and drug use disorders.

The investigators identified 536 co-infected patients who had received DAA treatment in the period between February 2014 to October 2017. The median age was 55 years; 79% were men, 59% were black; 24% had cirrhosis; and 17% were interferon-treatment experienced.

The study cohort was found to be similar to other HIV/HCV co-infected patients treated at the clinics in this time period, in relation to age, sex, race, HIV risk factor, baseline CD4 count, and the prevalence of mental health and substance use diagnoses. The predominant HCV genotype infection was 1a, and the DAA treatment regimens were consistent with those recommended during that timeframe for the particular genotype.

Kim and colleagues reported that SVR was attained in 96.5% of the patient population. They noted that patients who were black, treatment-experienced, or cirrhotic all achieved SVR rates >95%; as did those with depression and/or anxiety, and/or illicit drug use or alcohol use disorder (95.4% to 96.8%).

The only factor associated with lower SVR rates was early discontinuation of treatment, but the investigators were unable to identify any baseline factors, such as demographic, HIV-specific, or liver-related, that distinguished the patients who did not adhere to the treatment regimen.