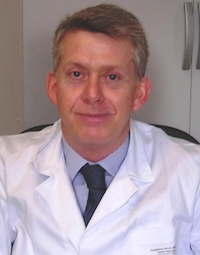 Hepatitis C virus (HCV) infection was found to be an independent and significant risk factor for death in patients with chronic kidney disease on maintenance dialysis, in a new systematic review and meta-analysis of studies involving over a half-million patients.

Piergiorgio Messa, MD, Director of Nephrology, Dialysis and Renal Transplant Unit, Maggiore Hospital, and IRCCS Foundation, and Professor, University School of Medicine, Milano, Italy, and colleagues undertook the meta-analysis to include several large studies which had been published since their previous review.

With 3 times the number of patients available for the current analysis, the investigators sought to better ascertain the extent to which increased mortality with HCV is influenced by HCV-related extra-hepatic conditions and cardiovascular disorders in addition to the progression of liver disease.

In a report from a study that was included in this meta-analysis, the Dialysis Outcomes and Practice Patterns Study (DOPPS), the investigators commented, "it would appear misguided to assume that patients on hemodialysis do not live long enough to succumb to the liver complications of HCV infection."

"In fact, HCV positive patients are exposed not only to an expected increased risk of developing liver damage, often evolving towards cirrhosis and liver cancer, but they also face an exceedingly high risk of developing metabolic and even more cardiovascular complications, which contribute to further increasing their mortality risk," Messa told MD Magazine®.

Messa suggested that there are a number of questions that remain about the impact of HCV infections on the clinical outcomes in dialysis patients and in particular on the potential benefits of the old and new antiviral therapies. He indicated that his group had undertaken this meta-analysis to elucidate how HCV infection negatively impacts the mortality of dialysis patients independent of the liver-related morbidity.

"The difficulties in answering these open questions stem mostly from the low quality of the available evidence," Messa commented, "which is mainly based on observational and retrospective studies, with few prospective clinical trials."

Messa and colleagues included the DOPPS along with 22 other studies, conducted on 4 continents and comprising 574,081 patients undergoing hemodialysis or peritoneal dialysis. Both case-control and cohort studies were included in the analysis, with HCV status of patients documented at time of enrollment, and with follow-up of patient outcomes, including death and cause of death.

The primary end-point was the adjusted, all-cause mortality risk among dialysis patients with HCV infection compared to those without infection. The mortality risk data were also stratified for liver diseases, cardiovascular disorders, and infections. The mean age of subject cohorts ranged from 40 to 68.7 ± 14 years. The gender distribution ranged from 37.5% to 87% male. The average follow-up ranged between 15 to 120 months. The frequency of HCV infection varied from 1.6% to 68%.

Although there was some degree of elevated risk with HCV for cardiovascular disorders, the investigators acknowledge that, despite the larger study population, there were insufficient data to fully assess the association.

The meta-analysis was consistent with DOPPS and other studies in finding that the liver damage from HCV significantly increases risk of mortality in these patients. David Goodkin, MD, and DOPPS colleagues have called for increased utilization of the direct-acting antivirals (DAAs) for this population and have suggested one possible reason why the treatment is under-utilized.

"It is possible that nephrologists do not recognize that HCV induces severe liver damage in patients on hemodialysis because, unlike in the general population, serum aminotransferase concentrations often remain within the normal ranges or are only slightly elevated in this setting," Goodkin and colleagues indicated.

The study, “Hepatitis C virus and mortality among patients on dialysis: A systematic review and meta-analysis,” was published in Clinics and Research in Hepatology and Gastroenterology.

Click here to sign up for more HCPLive® content and updates.
Related Coverage >>>
Tofacitinib Bests Placebo in Psoriatic Arthritis Trial
Gut Microbiome Hints at Lupus Nephritis Disease Activity
How Will COVID-19 Change Pediatric Care?
You May Also be Interested in
Most Popular
Top 10 Painkillers in the US
Thyroid-Stimulating Hormone Testing Practices May Lead to Overdiagnosis
A New Pulmonary Arterial Hypertension Drug on the Horizon
The 10 Worst Things Patients Can Say to Physicians
Ixekizumab Improves Signs and Symptoms of Psoriatic Arthritis