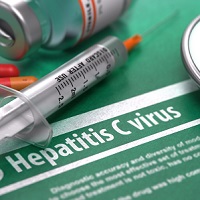 People who inject drugs who have a history of incarceration have a higher risk of contracting hepatitis C infection, as well as HIV infection, according to a new meta-analysis of more than 40 published and unpublished studies.

The data offer a clearer picture of how incarceration can affect people who inject drugs (PWID), a population that already faces higher risks of HCV and HIV infection.

Though the data show a clear impact of incarceration, the study authors note that it’s hard to draw firm conclusions about why such a strong link exists.

“It is possible that the effect of past incarceration on HCV acquisition risk could partly be attributable to higher-risk PWID being more likely to be incarcerated,” wrote first author Jack Stone, PhD, of the University of Bristol, and colleagues.

The availability of data varied significantly from country to country, and little data came from some of the countries with the highest rates of injection drug use, Stone noted.

However, data from 2 countries with robust statistics, Scotland and Australia, both documented relatively low rates of HCV among incarcerated persons, suggesting that HCV acquisition is occurring following—rather than before or during—incarceration.

“Additionally, there is evidence from Australia for lower HCV incidence in continuously incarcerated PWID than among PWID that are released and re-incarcerated, also suggesting heightened risk associated with release,” Stone and colleagues wrote.

Just what to do about the problem is a tricky question. One thing that would likely help, the authors say, would be to reduce rates of incarceration among PWID, instead diverting these patients to non-prison treatment and rehabilitation programs.

Stone and colleagues also argue for measures like opioid substitution therapy and needle and syringe programs in prisons. Those measures can reduce HCV and HIV transmission rates in the general population, though there’s not much in the way of scientific evidence to confirm or disprove that the same is true among the prison population.

However, the authors say there is ample evidence suggesting that giving PWID opioid replacement therapy while they are incarcerated can increase the likelihood that a patient will seek treatment once out of prison There is also evidence that needle and syringe programs help lower rates of needle sharing without raising rates of drug use.

“It is therefore probable that prison-based harm reduction interventions, with effective linkage to services following release, could reduce the risk associated with incarceration, as suggested by recent modelling,” the authors wrote.

The study, “Incarceration history and risk of HIV and hepatitis C virus acquisition among people who inject drugs: a systematic review and meta-analysis,” was published in The Lancet Infectious Diseases.

Click here to sign up for more HCPLive® content and updates.
Related Coverage >>>
Jamak Modaresi Esfeh, MD: Finding Hepatic Encephalopathy
No New Recommendations for Cognitive Screenings in Older Adults
Machine Learning Improves Schizophrenia Treatment Success
You May Also be Interested in
Most Popular
The Fear of the Coronavirus, and the Reality of the Flu
Jamak Modaresi Esfeh, MD: Finding Hepatic Encephalopathy
Top 10 Painkillers in the US
Crizanlizumab for Sickle Cell Disease
ACR Releases First Guidelines for Reproductive Health in Rheumatic Diseases