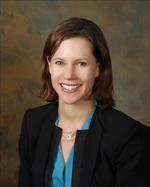 Hepatitis C virus (HCV) mutations that can resist drug treatment are infrequent, and are unlikely to withstand longer treatment durations or the addition of a synergistic drug, according to new analysis of resistance testing, treatment response and re-treatment interventions.

The data revealed that RASs are principally measured in genotype 1 and, to a lesser extent, genotype 3 infection. Exposure to NS5A inhibitor direct acting antivirals (DAAs) promotes emergence of the RAS S282T in genotype 1, but its modest level of drug resistance in-vitro has not become clinically significant.

“Clinically, S282T has not been shown to impact the efficacy of sofosbuvir (Solvaldi)," researchers wrote in the study. "Thus, there is no current role for NS5B resistance testing in treatment-naïve or experienced individuals."

“NS5A resistance persists for months to years,” Luetkemeyer told MD Magazine.  “It may occur in the absence of prior treatment, and is relative, in that the impact of RAS can be overcome in many cases with increased duration or the addition of ribavirin.”

The next generation of NS5A inhibitors, pibrentasvir (ABT-530) and ruzasvir (MK-8408), appear to exert activity against all the key single-position NS5A RASs in genotypes 1a and 1b. Wyles and Luetkemeyer anticipate that these will prove effective despite emergence of RAS to the current NS5A products.

These patients should be tested prior to treatment, Luetkemeyer said, “as presence of NS5A RAS will impact the length of therapy and the need for ribavirin.”

For patients demonstrating RAS prior to elbasvir/grzoprevir, Wyles and Luetkemyer found clinical trial evidence that extending treatment from 12 weeks to 16 weeks is associated with sustained virologic response (SVR) in 100% of patients. For those receiving ledipasvir/sofosbuvir, an extension to 24 weeks or adding ribavirin achieved that virtual cure.

There are less data available to guide RAS testing for patients with the more difficult-to-cure genotype 3 HCV, although the most prominent NS5A RAS in genotype 3 has been identified as Y93H. Wyles and Luetkemeyer found sufficient trial evidence to recommend baseline testing for Y93H, with probable extension of treatment or addition of ribavirin in select populations receiving daclatasvir (Daklinza, Bristol-Myers Squibb) plus sofosbuvir or sofosbuvir/velpatasvir (Epclusa).

Failure to respond to an initial DAA regimen is another indication for resistance testing, given the high rate of emergence and persistence of RASs in that population," researchers wrote. “NS5A testing is recommended at the time of failure of NS5A inhibitor-based treatment and still may be useful months to years afterward."

The exception, Luetkemeyer commented, may be with new multiclass combination regimens for re-treatment.

“New salvage regimens such as Vosevi (sofosbuvir/velpatasvir/voxilaprevir) may obviate the need for NS5A resistance testing in prior NS5A treatment failures,” she said.