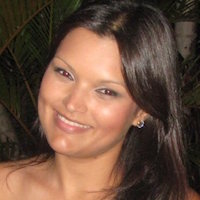 “They could represent different approaches or be used as template to the development of drugs for future HCV therapy,” Jardim said.

Jardim, along with biologists, chemists and pharmacists from Brazil and the UK, investigated 2 flavonoids found in Pterogyne nitens, a member of the legume family. P. nitens is commonly known as cocal, bálsamo, and tipa colorado in its native Brazil, Paraguay, Bolivia and Argentina.

Previous studies investigating these flavonoids — called sorbifolin and pedalitin — have shown that they possess antiproliferative effects against melanoma cells. The compounds also have demonstrated antioxidant and antifungal activity, the authors said.

“We showed that these 2 compounds already previously described in the literature posses anti-HCV activity,’’ Jardim, Professor in Virology, Federal University of Uberlândia, in Minas Gerais, Brazil, said. “This was the first description of antiviral activity for these flavonoids.”

Flavonoids represent an important class of compounds in medical research. The substances are produced by plants as a response to microbial infections. Epigallocatechin derived from green tea and naringenin from grapefruit have been reported to possess antiviral activities, including against HCV.

Citing promising past research and the cost and drawbacks of current HCV therapies, the team set out to investigate the potential impact of the 2 P. nitens compounds on the HCV replication cycle.

The team used dried P. nitens leaves to extract the compounds for study. After testing for potential toxicity, the researchers found that sorbifolin inhibited hepatitis C virus entry up to 45% and pedalitin inhibited entry by 78.7%.

Pedalitin blocked entry by both direct action on the virus particles and interference with the host cells. The activity of sorbifolin was restricted to its viruscidal effect, the team found.

“The results showed that flavonoids from P. nitens inhibited HCV entry in vitro,’’ researchers wrote. “Further analyses are necessary to clarify the mechanisms of how these flavonoids act against HCV infection.’’

Neither flavonoid had an effect HCV replication or release, the team found.

“We came to this conclusion after biochemical studies and several antiviral assays, which allowed us to understand and evaluate the potential of these compounds,’’ Jardim said. “Our findings support that the natural flavonoids isolates from Brazilian plants possess anti-HCV potential.’’

While the results are promising, more tests are needed to ensure that these compounds can be used to help patients with HCV infections, Jardim said.

“These findings strengthen the theory that natural compounds may be an alternative pathway in the treatment of hepatitis C,’’ she said. “The benefits are not immediate but can help to improve future therapy against HCV.’’