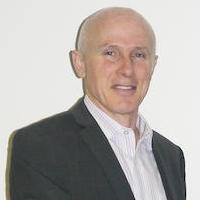 Michael Ninburg, MPA
New research shows treatment of hepatitis C (HCV) in the US continues to be hampered by a major lack of public and patient awareness.

The World Hepatitis Alliance unveiled new research last week, showing that just 55% of the 2.7 million people believed to be living with HCV in the US are aware that they are infected with the virus.

At that rate, the alliance said it is unlikely the US will reach its own targets for HCV reduction by 2020.

The news is particularly frustrating for patient advocates, because it comes at a time of intense national focus on the opioid abuse epidemic. Those who abuse prescription painkillers are at a higher risk of turning to injected drugs, like heroin, which in turn are a major cause of HCV transmission.

Michael Ninburg, MPA, the incoming president of the World Hepatitis Alliance, told MD Magazine that much of the awareness problem stems from stereotypes.

Ninburg said increased screening for HCV would help the problem, though that can be tough to accomplish since many healthcare professionals aren’t comfortable asking patients about illegal drug use.

“That’s why if we are ever going to get close to elimination of HCV in this country, we will have to move beyond Baby Boomer and risk-based screening and have something like a universal one-time HCV test for all adults,” he said.

The new data come from the Polaris Observatory, at the Center for Disease Analysis Foundation, in Colorado. And while they show on a macro level the impact of little public attention on HCV, they also show on a state-by-state level how public policy can make a difference. For instance, 81% of HCV-infected people in New York are aware of their diagnosis.

One issue that can vary by state is insurance coverage. About two-thirds of states don’t allow Medicaid coverage for the early stages of HCV infection, covering treatment only in the latter stages. This means even when patients on Medicaid are aware of their infection, they may not be able to afford to do anything about it.

“The restrictions that exist in most state Medicaids are discrimination, pure and simple,” Ninburg said. “Hepatitis C is often associated with injection drug use; and people who inject drugs are among the most marginalized in our communities. They rarely have a voice in health policy discussions.”

States also sometimes limit coverage by demanding that patients abstain from drug and alcohol use in order to receive treatment, Ninburg added — a tall order for patients suffering from addiction.

In Washington state, where Ninburg is based, he and other advocates successfully sued the state in order to demand an expansion of Medicaid treatment to cover all HCV patients.

Another positive trend is the drop in the cost of some HCV medications, which has caused about a dozen states to broaden their coverage. Even in cases where a patient is aware of her infection but can’t afford treatment, Ninburg said there’s power in awareness.

“Once people are diagnosed, they can at least advocate for themselves,” Ninburg said. “Also, we can often find a way to get someone treated through patient assistance programs, if they are uninsured or their insurance won’t pay for treatment.”

Click here to sign up for more HCPLive® content and updates.
Related Coverage >>>
Lower MELD Scores Linked to Transplant-Free Survival in Hepatitis B Patients
HCV-Positive Hearts Could Increase Donor Pools
FDA Warns of Rare Occurrence of Serious Liver Damage Due to Hepatitis C Drugs
You May Also be Interested in
Most Popular
Denise Daley, PhD: Early Asthma Interventions for Infants
Top 10 Painkillers in the US
Visual Impairment, Dementia Are Detrimental to Independence of Older Adults
Excessive Caffeine Intake Could Trigger Migraines
Ongoing Research in Treating Hypercholesterolemia