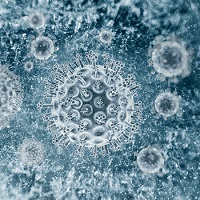 The relationship between liver disease and diabetes is well-known.

Patients with diabetes generally have an increased risk for developing various forms of liver diseases that can cause or exacerbate diabetes, including hepatitis B virus (HBV) and hepatitis C virus (HCV) infections. Diabetes can also cause or intensify the severity of liver infections.

In a cross-sectional study, investigators, led by Yihenew Million, University of Gondar, determined the prevalence of both HBV and HCV infections and identified the associated factors among patients with diabetes visiting the University of Gondar referral teaching hospital in Ethiopia between 2016-2017.

The investigators examined 610 patients, half of which had diabetes in the study and found 65 (10.7%) were positive for either hepatitis infection, of which 44 (14.4%) and 21 (6.9%) were positive for at least 1 of the viruses in patients with diabetes and people with no diabetes, respectively.

The mean age for the diabetic patients was 37.7 and 36.3 for the non-diabetic group. Nearly 60% of the participants were male.

“Among individuals who were tested with HBV and HCV serology, no significant differences were observed in terms of age and sex between the groups (P =.056 and P =.412, respectively),” the authors wrote.

The investigators are planning further studies that elaborate temporal associations and find out explanations for the relationship between diabetes and HCV infections.

For adults, HBV infections generally resolve and develop protective immunity. However, HCV infections tend to progress into a chronic infection in most causalities.

The incidence of liver cirrhosis or hepatic cell carcinoma (HCC) is high among individuals with chronic HBV and/or HCV infections.

Diabetes mellitus is a disease condition that encompasses a group of metabolic disorders regarded as hyperglycemia following irregularities in the secretion or action of insulin or both.

The study, “Hepatitis B And Hepatitis C Viral Infections And Associated Factors Among Patients With Diabetes Visiting Gondar Referral Teaching Hospital, Northwest Ethiopia: A Comparative Cross-Sectional Study,” was published online in the Journal of Hepatocellular Carcinoma.