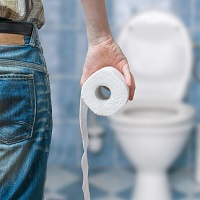 Patients with Clostridium difficile (C. difficile) may pass along the bacteria infection to either pets or children they share a house with, according to a study published in Infection Control & Hospital Epidemiology, the journal of the Society for Healthcare Epidemiology of America.

Researchers from McGill University observed 51 hospital patients and outpatients infected with C. difficile in order to determine the risk of C. difficile transmission from index cases with infection to the people they live with and their pets. There were also 67 human contacts included in the study in addition to 15 pets. The researchers collected information from stool and rectal swabs from the participants, taken at enrollment and monthly for up to four months between April 2011 and June 2013.

The researchers learned that patients infected with C. difficile can pass along the bacteria to the people that they live with and even infect pets during treatment for the infection. These colonized individuals had the bacteria present in their stool but did not have diarrhea.

“C. difficile is primarily a healthcare associated infection, but we now know that it can spread beyond the hospital,” lead author Vivian Loo, MD, MSc said in a press release. “These infections, causing diarrhea and inflammation of the colon, can be serious, so it is important that everyone follows simple hygienic practices, like hand washing with soap and water, even in your own home.”

Of the 67 human household contacts, 13.4 percent had C. difficile present in their stool or rectal samples; one adult had diarrhea though the other 8 patients did not have diarrhea. A majority of the colonized patients were under age 5 years, and five of those patients were in diapers.

Among the pets, about a quarter were colonized carriers, though they were asymptomatic. The pets’ strains were either similar or closely related to their human counterparts, the researchers noted. They believe this finding suggested interspecies transmission, where the researchers added that pets can either be “reservoirs” for re infection with C. difficile in the home.

“Our research suggests that household transmission from patients with C. difficile infection could be responsible for a bacterial reservoir for community associated cases,” added Loo.