Half of Adolescents, Young Adults Get Private Time with Physicians 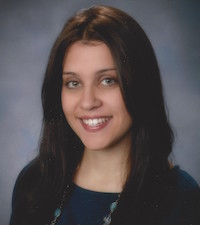 Stephanie Grilo, MA
Analysis of a national survey involving nearly 2000 US adolescents and young adults (AYAs) showed that only about half of patients in this age group have had private time with their healthcare provider.

The nationally representative survey sample of 1918 AYAs aged 13-26 years old reported that just 55% of females and 49% of males have ever had private time with their provider, and that even fewer (55% and 44%, respectively) have spoken to a provider about confidentiality.

Investigators, led by Stephanie A. Grilo, MA, a doctoral candidate at the Columbia Mailman School of Public Health, found the results to be counterintuitive to guidelines set by numerous clinical organizations, which often advocate for an established practice of confidentiality in responsibly-aged minors.

One such organization, the American Medical Association, includes its own code on confidential health for minors, stating:

“Physicians who treat minors have an ethical duty to promote the developing autonomy of minor patients by involving children in making decisions about their health care to a degree commensurate with the child’s abilities. A minor’s decision-making capacity depends on many factors, including not only chronological age, but also emotional maturity and the individual’s medical experience.”

In an interview with MD Magazine®, Grilo explained the study also fell under the larger Adolescent Health Consortium project, headed by the Mailman School of Public Health to improve parental, adolescent, and young adult awareness of valued preventive and confidential healthcare services.

To assess the rate, the team looked at the survey questionnaire results pertaining to independent factors associated with private time experience in a healthcare setting, as well as the discussion of confidentiality with a provider.

In analyzing the results for varying gender and age groups, investigators found that rates of private time among both women and men aged 13-14 were particularly low (22% for women; 14% for men). Among surveyed young adults, rates were improved (68% for women; 61% for men).

Patients to report activity in risky behaviors—particularly those who were sexually active—were more likely to have received private time or a discussion on confidentiality with their provider. Investigators believe this is due to physicians targeting young patients participating in risky behaviors for private conversations.

Grilo emphasized the significance of this gesture by providers, noting the information shared in a private conversation between a physician and an at-risk young patient could limit them suffering from severe, previously unknown conditions.

Among adolescents and young adults to have actually received private time and/or to have discussed confidentiality with a physician, an increased rate of positivity surrounding healthcare services was prevalent.

Investigators involved in the research portion of the Adolescent Health Consortium now hope to apply real-world adjustment in response to these rates. Grilo noted the project is collaborating with national-level groups to introduce confidentiality and private time in clinicians’ offices in a more repeatable format.

Before that could happen, parents and guardians could help by speaking to their adolescents about the benefits of physician confidentiality.

“Discussing with your adolescents about confidentiality, and the importance having private time with their provider is a good first step,” Grilo said.

The study, "Confidentiality Discussions and Private Time With a Health-Care Provider for Youth, United States, 2016," was published online in Journal of Adolescent Health.