Gut Microbiota Could Be a Biomarker for Pulmonary Arterial Hypertension 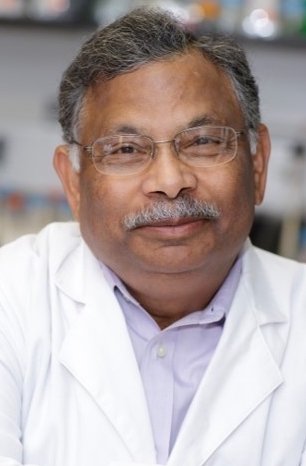 New research from the University of Florida College of Medicine has revealed that certain characteristics in a patient’s gut microbiota could serve as a biomarker for pulmonary artery hypertension (PAH).

Analysis of stool samples from 30 patients with and without a history of cardiopulmonary disease revealed specific alterations in the gut microbiota of PAH patients that allowed investigators to predict PAH with 83% accuracy.

"We showed for the first time that specific bacteria in the gut are present in people with PAH. While current PAH treatments focus on the lungs, looking at the lung/gut axis could open the door to new therapies centered in the digestive system," said lead investigator Mohan Raizada, PhD, distinguished professor of physiology and functional genomics at the University of Florida College of Medicine, in a statement.

Despite the research and ongoing efforts, an apparent lack of understanding concerning the multi-organ pathology of PAH makes treatment of the disease remains difficult. This—combined with the recent explosion of knowledge surrounding gut microbiota and disease—led Raizada and a team of colleagues to design a study to assess whether certain alterations in gut microbiota could allow for greater predictive accuracy, and possibly treatment, for PAH.

Investigators created a cohort of 30 patients from at a hospital in Brazil—18 with type 1 PAH and 12 age- and sex-matched reference subjects without a history of cardiopulmonary disease or PAH risk factors. The mean age of the cohort with PAH was 39.5 (12.7) years and mean pulmonary arterial pressure was 57.4 (16.7) mmHg.

For taxonomic and functional profiling of microbiome investigators, relative abundances of profiles and pathways were multiplied by 1 million and count per 1 million was converted to qualitative insights into Microbial Ecology formatted biome file. This biome file was formatted to generate partial least squares discriminant analysis plots.

Analysis of fecal microbiomes were compared between the 2 groups and this revealed significant taxonomic and functional changes, according to investigators. Specifically, pathways for the synthesis of arginine, proline, and ornithine were increased in patients with PAH and groups of bacteria associated with trimethylamine/ trimethylamine N-oxide and purine metabolism were also increased in the PAH cohort. Additional differences included an increase in butyrate-and propionate-producing bacteria such as Coprococcus, Butyrivibrio, Lachnospiraceae, Eubacterium, Akkermansia, and Bacteroides in patients without PAH.

Using information from their analyses, investigators then developed a machine-learning algorithm to assess for predictability using a profile of 30 bacterial specifies. The predictive accuracy of this model was 83% compared with an expected accuracy of 50% or less if there were no association of the gut microbiota with PAH.

Raizada and other team members noted multiple limitations within their study. Limitations included the small sample size and the fact no attempts were made to determine the contribution of each cause on microbiota because of sample size. Investigators also noted the need for a larger clinical trial to confirm their findings but stated their optimism that this information could contribute to the evolution of treating and diagnosing PAH.

"There is still the question of whether the specific microbiota associated with PAH is the cause or the result of the disease, therefore, more research is needed," said Raizada, in the aforementioned statement.

This study, “Altered Gut Microbiome Profile in Patients With Pulmonary Arterial Hypertension,” was published in Hypertension.