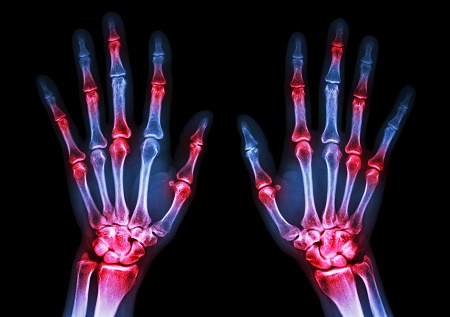 The DISCOVER-1 and DISCOVER-2 programs were both randomized, double-blind, multicenter phase 3 studies comparing the effectiveness of subcutaneous Guselkumab—a human monoclonal antibody and selective IL-23 p19 inhibitor—with the effectiveness of a placebo. DISCOVER-1 followed 381 participants, some of whom had been exposed to anti-TNF biologics in the past, across the span of 52 weeks. DISCOVER-2 stretched for 100 weeks and followed 739 participants who, unlike those in the first study, were bio-naïve.

Investigators measured guselkumab’s success by the standards of the American College of Rheumatology (ACR). The study met its primary endpoint of an ACR 20 response rating at week 24 alongside several secondary endpoints, including ACR 50/70, correction of enthesitis and dactylitis, reduction of disease activity, improvement in physical function, skin clearance, and raised quality of life, as well as some positive effect on structural damage.

Janssen Pharmaceutical Companies intends to present these guselkumab (brand name TREMFYA®) studies at upcoming scientific and/or medical meetings. The data obtained is foundational for applying to the US Food and Drug Administration (FDA) and European Medicines Agency in order to gain approval of guselkumab as a treatment for psoriatic arthritis. The approval’s confirmation is anticipated to be later this year.

Given that an estimated 1 million Americans live with PsA, alongside a potential 30% of patients with psoriasis who have the potential to also develop PsA, the approval for PsA treatment could make a significant difference.

The FDA originally approved guselkumab for plaque psoriasis in July 2017 based upon a series of phase 3 trials in which it outperformed ustekinumab. The FDA subsequently approved a self-injection variant in February 2019, which made guselkumab treatment the first of its kind to be marketed with the One-Press injector.

Additional trials have also indicated potential for guselkumab in the mainstream market; in 2018, it outscored secukinumab in a phase 3 trial for plaque psoriasis. Two-year data published in 2017 also showed positive results for plaque psoriasis patients treated with guselkumab, demonstrating consistent skin clearance rates in a double-blind trial which compared it to both adalimumab and a placebo.

Investigators did not provide comment at this time. The studies’ results were announced in a press release, “Janssen reports top-line Phase 3 results for TREMFYA® (guselkumab) in adults with active psoriatic arthritis,” by the Janssen Pharmaceutical Companies of Johnson & Johnson.

Click here to sign up for more MD Magazine content and updates.
Related Coverage >>>
Osteoarthritis Guideline Updates Emphasize Shared Treatment Decision-Making
What Women with Rheumatoid Arthritis Can Do to Have Healthy Pregnancies
The 10 Most Read Articles of 2019
You May Also be Interested in
Most Popular
Brolucizumab Receives FDA Approval for Wet AMD
Liver Disease More Prevalent in Patients with Crohn's Disease
Updated Parkinson Disease Guidelines Available in Canada
Plaque Psoriasis: Design and Endpoints of the reSURFACE Trials
Top 10 Painkillers in the US