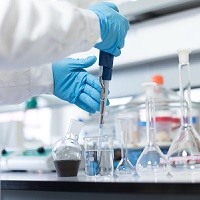 Could a special type of intestinal cell be at the root of inflammatory bowel disease? Researchers from Rutgers University Newark (RU N) believed so, and wanted to determine how to alter the cells’ behavior to eliminate the disease.

“People with that disease can suffer from abdominal pain and cramping,” assistant professor of biology Nan Gao, explained in a press release. “It has a great effect on people’s lives because there is no clear treatment for it. We also believe it can lead to colon cancer.”

According to research, the Paneth cell was first discovered in the 19th century, but plays a dual role in the gastrointestinal system. Part of the mucosal layer that lines the intestinal wall as well as functions as part of the immune system, the cells emit anti microbial peptide compounds designed to destroy gut bacteria.

Gao added that when Paneth cells are operating at normal capacity, they protect the thick layers of the intestinal lining against bacteria. He called it an “elegant balance.”

RU N designed a team and secured $80,000 in funding to understand the destructive and imbalance of the Paneth cells. It is one of six initiatives for the Multidisciplinary Research Team (IMRT) awards granted to RU N faculty in 2015.

Another member of the assembled team, George Yap, explained that Paneth cells might aid resistance of parasites. He specializes in immunology and toxoplasmosis and is an associate professor of medicine at the medical school.

“The portal of entry of the parasite is the intestine, so the Paneth cell might also be involved in resisting the parasite,” Yap, who adds that because Gao has genetically designed a model of the Paneth cell that is well suited to lab experimentation. “We can really see what is going on.”

The research team understood that their knowledge might come to inform and improve knowledge of gastrointestinal distress in cancer patients undergoing chemotherapy, in addition to information on hospital-acquired infection. They believed that in the future they would be able to develop new gene therapies, which might be created by finetuning the Paneth cell function.