Gluten Not Associated with Gastrointestinal Symptoms in Non-Gluten Sensitive Patients 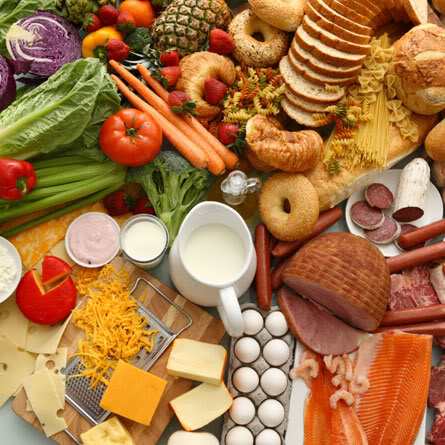 A new clinical trial shows that gluten does not cause gastroenterological symptoms in individuals who do not have a physiological susceptibility to it.

In a double-blind randomized controlled trial (DRCT), a team led by Iain David Croall, PhD, Academic Unit of Radiology, University of Sheffield, examined adult volunteers with no diagnosed gluten-related disorders that followed diets continuing gluten in an effort to show that while a gluten-free diet is effective in treating gluten sensitivity disorders like celiac disease, it is not necessary for those without these disorders.

The study population was 75% female, with a mean age of 38 years old.

In the study, 28 participants were serologically tested to detect celiac disease. Each group attended 2 study sessions at a community venue and educated by a dietitian about a gluten-free diet.

They were then asked to undergo a gluten-free diet for 2 weeks and complete a Gastrointestinal Symptom Rating Scale to measure baseline abdominal pain, reflux, indigestion, diarrhea, and constipation. A visual analogue scale was also used to measure “global fatigue.”

At the conclusion of the study, the participants re-completed symptom measures and exited the trial.

The investigators inspected the variables for normality to determine the appropriate analysis and compared crucial variables between the randomized groups by frequency-based/groupwise testing to ensure baseline homogeneity.

The primary and secondary outcomes examined changes in symptom scores and compared between gluten and control groups by independent t tests.

“Descriptively, mean symptom scores ubiquitously decreased in the gluten group (implying symptomatic improvement),” the authors wrote. “Individually, only 1 gluten group participant reported a worsening of some symptoms without improvement in others.”

The investigators explained the importance of the study results.

“This is the first DRCT to demonstrate that consumption of gluten-containing flour does not generate symptoms in healthy volunteers,” the authors wrote. “The trial measured how daily ingestion of the flour (containing 14 g of gluten) affected a range of symptoms over 2 weeks, none of which significantly changed between groups.”

In a 2016 study, investigators found that while the prevalence of celiac disease has relatively been steady, statistics of gluten free diet- followers have increased.

“There are many reasons, beyond celiac disease, that may account for the increasing popularity of gluten free diets,” the study authors concluded. “The public perception is that gluten free diets are healthier and may provide benefits to nonspecific gastrointestinal symptoms.”

Other reasons for the popularity of gluten-free diets are that gluten-free products are more widely available now and there is an increasing number of individuals with self-diagnosed gluten sensitivity but not the typical enteropathic or serologic features of celiac disease who have improved gastrointestinal health after avoidance of gluten containing products.

The study, “Gluten Does Not Induce Gastrointestinal Symptoms in Healthy Volunteers: A Double-Blind Randomized Placebo Trial,” was published online in Gastroenterology.

Click here to sign up for more MD Magazine content and updates.
Related Coverage >>>
Flu Cases Reach 13 Million in the US, CDC Reports
Tweet Chat on Doctors Getting Online Scheduled for January 27
Elagolix Reduces Heavy Menstrual Bleeding in Women with Uterine Fibroids
You May Also be Interested in
Most Popular
Top 10 Painkillers in the US
The Birth of a New Decade: Will We Finally Improve Maternal Care in the US?
Minorities Disproportionately Cared for in ICU
Unusual Case of Large Infarcted Lactating Adenoma
Medical Marijuana Could Improve Sleep Quality for Chronic Pain Patients