Glucosamine Use Associated with Decreased Risk of Cardiovascular Disease 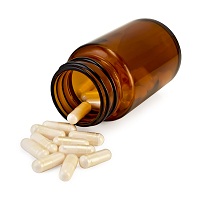 A recent study has found that habitual use of a popular supplement for osteoarthritis pain might be related to lower risks of cardiovascular disease (CVD) events, including stroke and coronary heart disease (CHD).

Investigators from Tulane University found that glucosamine use was associated with a 15% lower risk of total CVD events and a 9% to 22% lower risk of individual cardiovascular events.

Investigators identified 502,616 participants using the UK Biobank and found that 466,039 met their inclusion criteria —  32,187 were excluded for having a CVD at baseline and 4390 were excluded due to incomplete data on glucosamine use. The primary outcomes were CVD events such as CVD death, CHD, and stroke. Secondary outcomes included CHD events and individual stroke events.

Participants went to 1 of 22 assessment centers and completed a questionnaire on supplement use, including glucosamine at the start of the study and investigators used death certificates and hospital records to monitor CVD events over an average 7-year follow-up period. Multivariable analyses were performed to account for sex, age, income, body mass index, physical activity, healthy diet, alcohol intake, smoking status, diabetes, hypertension, high cholesterol, arthritis, drug use, and other supplement use.

A total of 19.3% of the study population reported using glucosamine at baseline. Glucosamine users were older, more likely to be women (63.6%), not current smokers (6.5% versus 11.3%), more physically active, have a healthy diet, had a lower alcohol intake, and higher prevalence of hypertension, arthritis, and high cholesterol, but a lower prevalence of diabetes. Additionally, glucosamine users were more likely to use aspirin, non-aspirin non-steroidal anti-inflammatory drugs, vitamins, minerals, and other dietary supplements than non-users.

Investigators noted that inverse associations of glucosamine use with CVD outcomes were stronger in current smokers than in former smokers or never smokers. Habitual glucosamine use was associated with a 12% and an 18% risk of CHD in never and former smokers, respectively, compared with a 37% lower risk in current smokers — yet, they could not rule out the possibility that these results were due to chance.

Investigators noted that several mechanisms could explain the results of the study. Regular use of glucosamine has been linked to a reduction in levels of C-reactive protein— a chemical associated with inflammation. This could also explain the stronger association among smokers.

This study, titled “Association of habitual glucosamine use with risk of cardiovascular disease: prospective study in UK Biobank,” is published in BMJ.