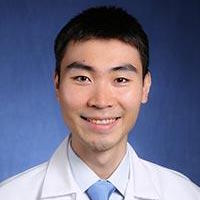 Peter Zhao, MD
For patients with glaucoma, having access to long-term treatment is often vital due to the eye condition’s chronic nature, which can result in blindness if left untreated. However, expensive therapies can make it difficult for patients to maintain treatment over extended periods of time.

Through a cross-sectional observational study, investigators—led by Peter Zhao, MD, of the Department of Ophthalmology and Visual Sciences, Kellogg Eye Center, University of Michigan—compared the prices of 3 types of treatments: topical glaucoma medications (such as latanoprost and timolol), laser trabeculoplasty (LTP), and trabeculectomy. The treatments were compared relative with median annual household income (MA-HHI) from 38 countries worldwide.

For purchasing power parity and inflation of 2016 US dollars, prices were adjusted. Relative to MA-HHI, annual therapy prices were assessed. Investigators deemed interventions that cost less 2.5% of the MA-HHI to be affordable.

The most expensive treatment in 28 countries (78%)—18 developing countries and 10 developed countries—trabeculectomy was 2.5% or more of the MA-HHI.

From their gleaned data, investigators concluded that the costs of medical, laser, and surgical interventions were 2.5% or more of the MA-HHI for many patients worldwide.

However, in a commentary regarding the study, Dana M. Blumberg, MD, PhD, pointed to the need for defining affordability.

“As the authors point out, there is no universally accepted threshold for affordability,” Blumberg wrote. “By extension, defining affordability of medical treatment is challenging because it is difficult to capture and measure.”

Blumberg emphasized that future studies should assess treatment availability due to currently few existing data on whether glaucoma patients in low- and middle-income countries gave access to affordable treatments. In her opinion, the organization of the pharmaceutical sector infrastructure should be considered by availability studies since this data impacts drug pricing.

The study, "A Worldwide Price Comparison of Glaucoma Medications, Laser Trabeculoplasty, and Trabeculectomy Surgery," was published online in JAMA Ophthalmology.