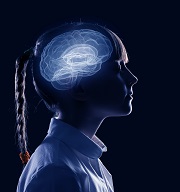 Girls diagnosed with attention deficit hyperactivity disorder (ADHD) have a higher risk for multiple mental disorders that often lead to problems down the road, according to findings published in Pediatrics.

Researchers from the University of California, Los Angeles examined data on nearly 2,000 girls primarily aged 8 to 13 years old, with and without ADHD, in a meta-analysis of 18 studies in order to summarize rates of comorbid internalizing and externalizing psychopathology in the population. The investigators discovered the published literature for their analysis using PubMed and Google Scholar engines. The researchers extracted data from the 18 published studies on the basis of demographic characteristics, like age, race and ethnicity, as well as study characteristics, such as the referral source and diagnostic methods used. The study authors added that even though children with ADHD are at an elevated risk for other comorbid mental disorders, much less is understood about how this relates specifically to girls.

The researchers also examined externalizing mental disorders related to ADHD. A bit less than half of the girls with ADHD, 42%, were diagnosed with oppositional defiant disorder, which the researchers defined as the child displaying symptoms of angry, hostile, irritable or defiant behavior for a minimum of six months resulting in significant problems in academic, social and family life.

Only 5% of girls without ADHD were diagnosed with oppositional defiance disorder. Additionally, almost 13% of girls with ADHD had confirmed conduct disorders, compared to less than 1% without. The researchers noted that conduct disorder was similar to oppositional defiance disorder, but includes more severe and violent behavioral problems, such as setting fires and hurting animals.

"We knew the girls with ADHD would have more problems than the girls without ADHD, but we were surprised that conduct disorder and oppositional defiant disorder were at the top of the list, not depression or anxiety," the study's senior author Steve Lee, explained in a press release. "These conduct disorders, more than anxiety and depression, predict severe adult impairments, such as risky sexual behavior, abusive relationships, drug abuse and crime."

Click here to sign up for more HCPLive® content and updates.
Related Coverage >>>
FDA Approves Tau Imaging Agent for Alzheimer Disease
Web-Based Interventions Support Breastfeeding Women
FDA Approves Oriahnn to Manage Heavy Menstrual Bleeding From Fibroids
You May Also be Interested in
Most Popular
Final Thoughts on the Treatment of Beta-Thalassemia
Advancing Biologic Research in Asthma
Q&A With Maha Radhakrishnan From Biogen: Zinbryta Looks To Bring New Tool to Multiple Sclerosis Treatent Battle
When to Suspect Diarrhea is Symptom of a Clostridium Difficile
Top 10 Painkillers in the US