Gestational Diabetes Puts Infants at Risk in Many Ways 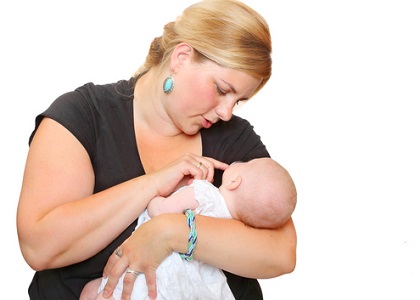 A French research team looked at outcomes for babies born to mothers with gestational diabetes and found the risks of adverse outcomes were higher than babies born to non-diabetic mothers. The study was unusual in its size and the fact that it drew on a national database.

In a cohort of 796,346 deliveries in France, 7.24% of the mothers had gestational diabetes (GDM), wrote Sophie Jacqueminet, Pitie-Salpetriere Hospital, Paris and colleagues in an article in Diabetologia, the journal of the European Association for the Study of Diabetes. All the deliveries of the babies were at at least 22 weeks gestation. The team further refined their data to include only births at at least 28 weeks and limited to the 705,198 births where records clearly identified the baby's mother and her health data.

The risks were greatest in infants whose mothers needed insulin—as opposed to managing their diabetes only with diet—since that was a sign their GDM was more severe.

Even when the researchers looked at fullterm babies, those born after 37 weeks, risks persisted.

There was a 30% higher likeliood of babies dying in cases of with diet-treated GDM—likely because the longer the baby was in utero, the longer the exposure to higher glucose levels.

As for the finding of a higher risk of cardiac malformatins, the researchers theorized that early exposure of the embryo to abnormally high glucose could have an effect on cardiac and nervous sytem tissues.

"We have clearly demonstrated that GDM is a disease related to adverse pregnancy outcomes and that most of the risks are higher in women with insulin-treated GDM," the researchers concluded.

The incidence of these adverse outcomes for newborns is likely to increase, they wrote, because "the proportion of women who are overweight or obese is increasing in almost all countries worldwide and this is being accompanied by an increased risk of developing both type 2 diabetes and GDM."

The full article is in the current issue of Diabetologia.