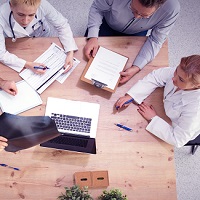 Georgia is making strides in curtailing the high rates of hepatitis C virus (HCV) infections that are plaguing the Eurasian country.

An international research team led by Ketavan Stvilia, MD, of the National Center for Disease Control and Public Health of Georgia, analyzed records from the Georgia Harm Reduction Network to identify the annual HCV screening and positivity frequencies at needle and syringe programs (NSPs) between 2006-2018 for people who inject drugs, as well as age group and sex distribution data from 2015-2018.

Overall, 5.4% of adults in Georgia had the HCV infection in 2015, with almost 40 percent of the infections attributed to drug use.

To combat this problem, Georgia began needle and syringe programs in 2006, while launching a hepatitis C elimination program in 2015.

Between 2017-2018, 2,780 NSP clients with positive test results for the HCV antibody were identified in the treatment database, with 97.6% of the 494 clients cured of the infection after they were tested at least 12 weeks after treatment.

“Following the launch of the elimination program, Georgia has made much progress in hepatitis C screening among persons who inject drugs; recent data demonstrate high cure rates achieved in this population,” the authors wrote. “Tracking clients referred from NSPs through treatment completion allows for monitoring the effectiveness of linkage to care and treatment outcomes in this population at high risk, a key to achieving hepatitis C elimination in Georgia.”

After confirming an HCV infection, patients are enrolled in a treatment program and prescribed a direct-acting antiviral regimen in accordance with national treatment guidelines.

After 12-24 weeks of treatment, patients return to the treatment site for follow up HCV RNA testing to determine whether sustained viral responses occurred.

The investigators also found that males accounted for 96.1% of all tests, while the 30-39 age range represented the most frequently tested age group at 33.7%.

All of Georgia’s efforts seem to resonate with the younger demographics. In 2018, the HCV antibody prevalence for people between 18-29 was the lowest among all age groups at 5.5%.

The study, “Progress in Testing for and Treatment of Hepatitis C Virus Infection Among Persons Who Inject Drugs — Georgia, 2018,” was published online in the Centers for Disease Control and Prevention’s Morbidity and Mortality Weekly Report.