Genetic Risks for ADHD Prevalent with Hypomanic Symptoms in Children 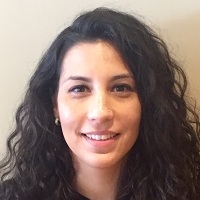 The genetic risk factors for ADHD across childhood and adolescence are also linked with hypomanic symptoms, according to a new study.

A team of investigators, led by Georgina M. Hosang, PhD, Senior Lecturer in Mental Illness and Chronic Diseases, at the Centre for Psychiatry at the Queen Mary University of London, examined the data on 13,532 pairs of twins from the Child and Adolescent Twin Study in Sweden, which included ADHD data for when the participants were either 9 or 12 years old.

While it is known that diseases like ADHD and bipolar disorder are extremely comorbid, the mechanisms that account for the associated symptoms is unclear. Hypomania is common in youths, with up to 10% identified as being high risk for bipolar disorder based on the clustering, duration, and impairment of symptoms.

The investigators assessed ADHD traits and hypomanic symptoms using parent-rated instruments and investigated associations between ADHD and adolescent hypomanic symptoms across childhood and adolescence using generalized estimating equations. They also used multivariate twin models to examine the extent which genetic and environmental risk factors for ADHD were associated with hypomania.

They also discovered that between 13-29% of the genetic risk factors for hypomania is linked with ADHD, with higher estimates detected for symptoms of hyperactivity-impulsivity (10-25%) compared with inattention (6-16%).

While environmental factors did not play a role in the association, genetic factors unique to adolescent hypomania were associated with 25-42% of its variance. This suggests some etiologic distinction between the different forms of psychopathology.

“More than a quarter of the genetic risk factors for adolescent hypomanic traits were also associated with ADHD symptoms in childhood and adolescence, with hypomania-specific genetic risk factors detected,” the authors wrote. “These findings suggest that ADHD and hypomanic symptoms are associated with shared genetic factors, which should be the focus of further research.”

“Previous research has established that many adults with bipolar disorder recall symptom onset during childhood or adolescence,” the authors wrote.

“However, divergent definitions of bipolar dis- order in pediatric populations stemmed from the notion that bipolar disorder may present differently in youth,” they added. “Rather than having clear episodes of mania or hypomania, the diagnosis of bipolar disorder was applied to children with mood lability such that many of the children had ultradian symptoms of mood lability over the course of the day or persistent non- episodic chronic irritability.”

By broadening the definition, the investigators believe there will be a 40-fold increase in bipolar disorder diagnosis in the youth.

Click here to sign up for more HCPLive® content and updates.
Related Coverage >>>
Banafsheh Kashani, MD: Uterine Fibroids and the Importance of FDA Approvals
Laparoscopic Ileocecal Resection Comparable to Anti-TNF's for Crohn's Disease
Baloxavir Effective in Preventing Spread of Flu
You May Also be Interested in
Most Popular
Adam Friedman, MD: Returning to Normal During the COVID-19 Pandemic
Free Webinar, Derm Clinical Updates: Keeping Up with COVID-19
Denise Daley, PhD: Early Asthma Interventions for Infants
Visual Impairment, Dementia Are Detrimental to Independence of Older Adults
When to Suspect Diarrhea is Symptom of a Clostridium Difficile