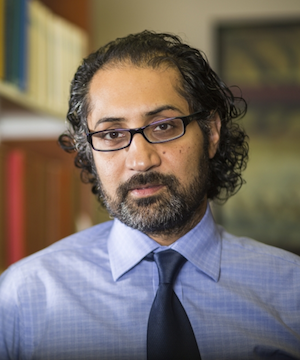 Providing these medicines would increase a patient’s life expectancy by 8 years, research published in PLOS One concluded. Over an individual’s lifetime, the cost of medical care to treat the liver-attacking virus with DAAs would be $1309 less per person than if no therapy were offered, the researchers report.

Treating 10,000 people in India affected by the virus could prevent 3400 to 3850 cases of decompensated cirrhosis, 1800 to 2500 instances of liver cancer, and 4000 to 4550 liver-related deaths, the researchers estimated. Some 6 million to 11 million people in the country are infected with HCV.

"Our finding that treatment pays back its initial costs makes a very strong statement – that investment in HCV screening and treatment should be a priority for public health agencies in India and other countries where generic DAAs are available,’’ said Jagpreet Chhatwal, PhD (pictured), a senior author of the paper and an assistant professor of radiology at Harvard Medical School.

Chhatwal was part of an international team that included investigators from the World Health Organization and the Sanjay Gandhi Postgraduate Institute of Medical Sciences in Lucknow, India. They set out to determine whether administering generic DAAs would save long-term medical costs and how much time it would take for the therapy to become cost-effective.

Generic manufacturers in India produce DAA medications that sell for as little as $300 for a course of treatment. These include sofosbuvir (Sovaldi/Gilead Sciences Inc.); ledipasvir, which is used in combination with sofosbuvir (Harvoni/Gilead); and daclatasvir (Daklinza/Bristol-Myers Squibb.)

Generics are not available in much of the rest of the world, which increases prices and often limits treatment to people with later stages of the disease.

Among the 26 countries in the Organisation for Economic Co-operation and Development (OECD), the median nominal price of a 12-week regimen of sofosbuvir was $42,017, according to a study published in 2016.

Despite India’s price advantage, treatment rates remain low. Budgets for HCV are limited and little data exist to quantify the cost of successful therapy, the researchers found. Team members speculated that if they could show generic antivirals are cost-effective and also improve life expectancy, the finding might increase advocacy for public funding of HCV treatment. Such documentation could spur health officials and political leaders to act.

The researchers adapted a mathematical model to compare the outcomes of DAA treatment to the absence of care.

They based their calculations on profiles of 30 hypothetical patients with characteristics typical of Indians with HCV infection, which included the natural history of the disease, the cost of administering DAAs, the costs of treating adverse outcomes of HCV and the individual’s quality of life.

The lifetime cost for the no-treatment approach was $1,988 per person, including the management of advanced conditions of HCV infections.

In contrast, the DAA method had a lifetime cost of $679, which consisted of: $324 for the drugs, $208 for pre- and post-treatment tests, and $147 for managing the advanced symptoms that occurred in a few persons.

"This is a win-win situation for the low- and low-middle-income countries where the generic DAAs can be sold,” said lead author Rakesh Aggarwal, MD, a professor in the department of gastroenterology at the Gandhi Postgraduate Institute of Medical Sciences. “If these countries spend money on HCV treatment today, they will recoup it in the form of reduced health care expenditure within less than one decade. There is hardly any other health care intervention with such good return.”

DAA's Still Out of Reach for Poor Nations?