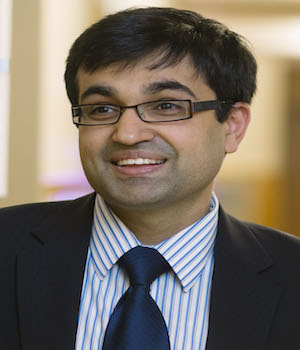 Sahil Khanna, MBBS, MS (photo), and researchers from the Mayo Clinic performed a systematic review and meta-analysis in 16 studies involving 7,703 patients to assess the link between gastric acid suppressants and recurrent C. difficile infections. The study authors searched various databases including Medline, Embase, the Cochrane Central Register, and the Cochrane Database for studies examining the relationship between the years 1995 and 2015.

The study authors commented that proton pump inhibitors and H2 receptor blockers are common over the counter or prescribed for a variety of conditions such as gastroesophageal reflux disease, peptic ulcer disease, or functional dyspepsia. However, they can also be prescribed for unnecessary indications, leading to overuse, they said.

Additionally, they reported that in subgroup analyses after adjustments for age and potential cofounders also demonstrated an increased C. difficile infection recurrence.

The researchers proposed several factors could be at play, causing this affect including: advanced age, prior episodes, systemic antibiotic re exposure (though different classes of antibiotics are linked to different levels of risk for recurrence), and low anti toxin-A immunoglobulin levels. Furthermore, antibiotic therapy is inactive against C. difficile spores, which can likely disrupt the microbiota and lead to recurrence.

“It is possible that use of gastric acid suppressants may be greater among the elderly, patients using concomitant antibiotics, and those with comorbid conditions,” the study authors wrote. “All of these are independent risk factors for recurrent CDI and, hence, potential confounders.”

According to the authors, even after adjusting for these cofounders, gastric acid suppressants still were considered an independent risk factor for recurrent C. difficile infection. They also suggested that concomitant use of proton pump inhibitors and antibiotics can have an additive effect on C. difficile infection, but they could not further explore that avenue. Most of the studies involved in the meta-analysis did not provide dosage and duration of gastric acid suppressive therapy, so that was another uninvestigated proposition.

“These data should be interpreted with caution because they may be confounded due to the observational design of the individual studies,” the study authors concluded. “Large, better-designed prospective studies controlling for confounding variables are required to understand the association between gastric acid suppression and recurrent C. difficile infection.”

What is the Most Cost Effective C. difficile Treatment?