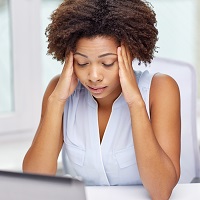 A recent study published in the New England Journal of Medicine is giving physicians and care providers a deeper look into the results of the trial used by the US Food and Drug Administration to grant approval of galcanezumab (Emgality) for the prevention of episodic cluster headaches.

Already approved in 2018 for the preventative treatment of migraine in adults, galcanezumab was shown to reduce the weekly frequency of attacks of episodic cluster headaches across weeks 1 through 3 in a trial conducted across 35 sites in Europe and North America.

In order to determine the safety and efficacy of galcanezumab at a dose of 300 mg compared to placebo, investigators carried out a randomized, double-blind trial where participants received either subcutaneously at baseline and at 1 month. To be eligible for the trial, participants needed to be between the age of 18 to 65 years, had a history of episodic cluster headaches, and were able to distinguish between cluster headache attacks and other headache disorders.

More specifically, patients were required to have a cluster headache attack frequency of at least one attack every other day, at least four total attacks, and no more than eight attacks per day during 7 consecutive days of the prospective baseline period. In order to minimize the possibility of early spontaneous remission Investigators required patients to have had a cluster headache period that lasted at least 6 weeks.

Patients were restricted to using certain medication to treat their cluster headache attacks including Patients subcutaneous, intranasal, or oral triptans, high-flow oxygen, acetaminophen, and non-steroidal anti-inflammatory drugs. No concomitant preventive medications for cluster headache were permitted in the trial.

Investigators noted that recruitment for the study was halted before the trial reached the planned size of 162 participants — citing a lack of volunteers who met the eligibility criteria. A final sample of 106 participants were included in the study. Of that group, 49 were randomized to receive galcanezumab and 57 to receive placebo.

Investigators found that the mean reduction in weekly frequency of cluster headache attacks across weeks 1 through 3 was 8.7 attacks in the galcanezumab group, which represents a difference of 3.5 attacks per week when comparing to the placebo control group (5.2). Further comparing the two groups, the percentage of patients who saw at least a 50% reduction in headache frequency at week 3 was 71% in the galcanezumab group and 53% in the placebo group.

Investigators noted they found no substantial differences in incidence of adverse events with the exception of the 8% of patients in the galcanezumab group had experienced injection-site pain.

Galcanezumab was approved for treatment of episodic cluster headache in adults on June 4, 2019.

This study, titled “Trial of Galcanezumab in Prevention of Episodic Cluster Headache,” is published in the New England Journal Of Medicine.

Click here to sign up for more HCPLive® content and updates.
Related Coverage >>>
Banafsheh Kashani, MD: Uterine Fibroids and the Importance of FDA Approvals
Baloxavir Effective in Preventing Spread of Flu
Epimacular Brachytherapy Ineffective Against Neovascular ARMD
You May Also be Interested in
Most Popular
Picking up the Pace: Progress on Artificial Kidney
Physicians Stop RA Medications Too Soon Before Surgery
Top 10 Painkillers in the US
Tonsil Removal Surgery Could Have Negative Impact on Patient Immune System
Physicians and Patients Need to Discuss the Benefits of Clinical Trials