For Veterans, Painkiller Use Turns to Heroin Addiction Far Too Often 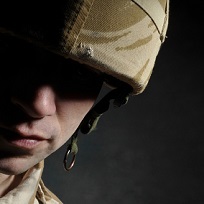 Veterans who misuse painkillers often next turn to heroin, according to findings reported in the journal Addiction.

Researchers from Brown University analyzed data from a prospective, multi site, observational study of HIV positive and negative United States veterans in order to estimate the influence of non-medical prescription opioids compared to heroin initiation in the population. They also conducted annual behavioral assessments which included contained self reported measures of non medical use of prescription opioid and heroin use.

The study was conducted over 10 years and included nearly 3,400 military veterans.

The researchers learned that when the veterans began to misuse opioid painkillers, their likelihood for heroin use initiation also increased. More specifically, veterans who began to misuse painkillers were 5.4 times more likely than those who did not to begin using heroin, the study authors outlined. This was true even after accounting for various risk factors like race, income, use of other drugs and the presence of conditions such as post traumatic stress disorder or depression. The authors therefore recommended health care providers who serve this population “should watch closely for signs of non medical use of opioid painkillers,” according to a press release.

"Our findings demonstrate a pattern of transitioning from non-medical use of prescription opioids to heroin use that has only been demonstrated in select populations," study co-author David Fiellin continued in the statement. "Our findings are unique in that our sample of individuals consisted of patients who were receiving routine medical care for common medical conditions."

The researchers plan several follow up projects. For example, they want to focus on whether there exists significant progression between short term painkiller prescription use to misuse of heroin, and they also want to know if geography makes a difference in this relationship. Geography may play a role in heroin prices varying widely around the country and in some areas, the researchers said, it might be a lower cost alternative to the prescription painkillers.

"This paper shows that, as a general clinical practice, particularly for this population which does experience a lot of chronic pain and other risks for substance use including PTSD, screening for non-medical painkiller use, whether you are prescribing an opioid or not, may be effective to prevent even more harmful transitions to heroin or other drugs," corresponding author Brandon Marshall concluded.

Related Coverage:
Pain Predicts Opioid Use Disorder
Opioid-Naïve Patients Should Be Given Low Doses, No Refills
Building a Safer Opioid from the Ground Up