Food Allergy Prevention: A Paradigm Shift in How We Feed Our Babies 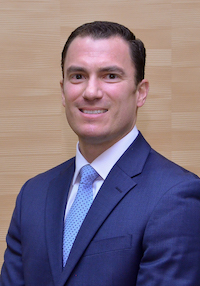 David Stukus, MD
David Stukus, MD is an Associate Professor of Pediatrics in the Division of Allergy and Immunology at Nationwide Children's Hospital in Columbus, Ohio. He is actively engaged in social media through his Twitter account @AllergyKidsDoc. Dr. Stukus is a consultant for Before Brands and Aimmune Therapeutics and is the Social Media Medical Editor for the American Academy of Allergy, Asthma and Immunology. The piece reflects his views, not necessarily those of the publication.

Pediatricians, allergists, and parents have long been conditioned to avoid feeding cow’s milk products to infants until they are 1 year of age, eggs until 2, and peanuts, tree nuts, or seafood until 3. This was based upon recommendations published in 2000 by the American Academy of Pediatrics which were developed through consensus expert opinion and lacked supportive evidence. This thought process made sense at that time given the state of understanding. However, rapidly accumulating evidence over the past several years indicates that avoidance of allergenic foods is not protective and delayed introduction may have contributed to the unexplained rise in food allergy rates over the past 20 years.

Food allergies affect approximately 1 in 13 children. Cow’s milk, egg, peanut, wheat, soy, tree nuts, and seafood are the most common food allergies, accounting for more than 90% of cases. Food allergies cause immediate onset and reproducible symptoms with each ingestion, which range from mild, such as itching and hives, to severe, including difficulty breathing and hypotension. Fatal reactions among children from food allergies are rare but continue to occur each year.

A food allergy diagnosis is a significant psychosocial burden for families and can decrease quality of life. Children with food allergies must learn to be cautious with every meal or snack to avoid accidental ingestion. Successful food allergy management includes communicating with all food handlers at restaurants, discussing with school personnel, and having access to an epinephrine auto injector at all times. While the majority of children with cow’s milk, egg, wheat, and soy allergies develop tolerance over time, this is not universal and only about 20% of children with peanut, tree nut, or seafood allergies will naturally outgrow these allergies. While new approaches to food allergy treatment show promise, the prevention of food allergy development would be extremely impactful.

While the evidence continues to accumulate, and formal recommendations have yet to be developed, there are 3 facets that can impact our approach to prevention that warrant discussion: early and ongoing introduction of allergenic foods into the infant’s diet, exposure to a diverse microbial environment during infancy, and the concept of developing allergic sensitization through skin exposure compared with tolerance through the gastrointestinal tract.

The authors followed their observations with a pivotal, landmark study, the LEAP Trial, which demonstrated for the first time that early introduction and ongoing exposure to peanut significantly and dramatically reduced the development of peanut allergy. Infants in the LEAP study were all 4-11 months of age, with severe eczema and/or egg allergy. They all underwent skin prick testing to peanut and an oral food challenge at study entry prior to randomization into 2 groups. The peanut avoidance group did not consume any peanut until 5 years of age whereas the peanut consumption group ingested 2 grams of peanut 3 times a week continuously until 5 years of age. Infants with negative peanut skin prick test at entry and who ingested peanut regularly had an 86.1% relative reduction in prevalence of peanut allergy at 5 years of age compared with those in the avoidance group. Infants with a mildly elevated peanut skin test (1-4 mm) had a 70% relative reduction in peanut allergy if they ate it routinely.

The EAT Trial demonstrated a reduction in the development of food allergy among a group of low risk infants without eczema who were able to routinely ingest a wide variety of allergenic foods beginning at 3 months of age.

Most importantly, these and other studies have shown that early introduction of allergenic foods is safe, without significant increase in rates of anaphylaxis or allergic reactions. At this time, the data regarding prevention of food allergy are most supportive for peanut and egg.

In 2017, the United States published Addendum Guidelines for the Prevention of Peanut Allergy in the United States, which recommend introducing peanut to all infants beginning around 4-6 months of age but stratifying by risk. Infants who have moderate-to-severe eczema and/or egg allergy are advised to receive a peanut serum or skin prick IgE test prior to introduction to determine whether at-home or in-office introduction is more suitable, or if there is a need for strict avoidance. All other infants should incorporate into their diet at home without testing.

Exposure to a diverse microbial environment during infancy

The “hygiene hypothesis” is based on the premise that a decreasing incidence of infections and adoption of a Western lifestyle are associated with increased rates of allergic and autoimmune conditions. There are multiple factors involved, but protective changes in the microbiota appear to occur through early life exposures to endotoxin, microorganisms, and other environmental exposures. As such, a shift in societies from farming environments to increased use of antimicrobial products and limiting infant exposure to a diverse array of microorganisms may be preventing the developing immune systems of infants from forming a protective response and tilting the scales towards hypersensitivity.

Allergic sensitization via skin exposure versus tolerance through the gastrointestinal tract

Lastly, it is well established that eczema is often the first sign that an infant is on the Th2 allergic pathway. Eczema often presents in the first few months of life with recurrent dry skin, inflammation, and irritation. Eczema is caused by disruptions to the skin barrier, which leads to excessive loss of and inability to retain moisture. This damaged barrier also allows entry of irritants and allergens.

Infants with eczema are more likely to produce allergen specific IgE when exposed to food allergens through the skin. Subsequent ingestion and introduction of the same protein to the gastrointestinal tract can then result in an allergic reaction. Studies looking at emollient enhancement of the skin barrier from birth have demonstrated that application of an unscented emollient from birth is safe, feasible, and effective in eczema prevention.

While we wait for formal guidelines surrounding food allergy prevention strategies, it is important for health care professionals who treat infants to understand the rapidly evolving evidence surrounding early introduction of allergenic foods. In order for these efforts to even remotely impact the rising rates of food allergy on a population level, it will require an active, dedicated effort from pediatricians, family practitioners, allergists, and parents to introduce a diverse array of allergenic foods to infants once they are ready for solid foods, and more importantly, to keep them in the diet. We will need ongoing education and practical tools to help everyone best understand the benefits, risks, and anticipatory guidance surrounding this new paradigm shift in food allergy prevention.