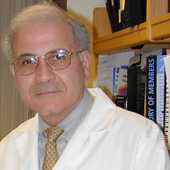 Patients with atopic dermatitis (AD) can experience an almost irresistible urge to scratch, but new research explains that giving in to the urge can actually lead to severe food allergies.

The research, conducted at Boston Children’s Hospital and funded by the National Institutes of Health (NIH), laid out an extensive chain reaction that connects scratching the skin to intestinal changes that make it easier for allergens to enter tissues. The findings shed new light on the links between AD and food allergies.

To investigate the links, Geha and colleagues utilized mouse models. To simulate scratching, they used “tape stripping”—applying and removing tape to the skin of the mice. This action replicates the scraping away of skin cells that occurs when a patient scratches him or herself. In mice, this process led to increased food-related anaphylaxis.

The investigators were able to determine that scratching signals interleukin 33 (IL-33), which then enters the patient’s bloodstream. The released IL-33 eventually makes its way to the intestines, where it interacts with another interleukin protein, IL-25, which is derived from the tuft cells in the lining of the intestines.

When IL-33 and IL-25 interact, they activate type 2 innate lymphoid cells, which in turn produce the proteins IL-13 and IL-4. Finally, IL-13 and IL-4 cause mast cells (MCs) to expand in the gut, leading to increased food allergen sensitivity.

Geha and colleagues confirmed the findings by comparing mice that underwent tape stripping to those that did not undergo the scratching simulation. They found mice in the former category were more likely to suffer food-related anaphylaxis than the non-tape-stripping group.

And while these findings were based on mouse models, the investigators were able to assume a similar effect in humans by conducting intestinal biopsies in eight children, four with atopic dermatitis and four without. As expected, the intestines of the 4 children with AD contained more mast cells than the intestines of children without AD.

The new findings add concrete evidence to the open scientific question of the causal relationships between atopic dermatitis and food allergies. According to the National Eczema Association, 20% to 40% of children with moderate to severe AD report having an immunoglobulin E-mediated food allergy.

A 2016 meta-analysis of existing literature found substantial links between atopic dermatitis and food allergies. In 66 studies, patients with AD were on average 6 times more likely to have a food allergy compared to the general public. Sixteen of those studies suggested that food allergies are correlated with more severe cases of AD. They also found evidence that AD precedes food allergy, suggesting that any causal relationship begins with AD, as opposed to the other way around.

Asked if the findings in his study might extend to other populations, such as adults or patients without AD, Geha told MD Magazine® the answer isn’t yet known.

“Our mouse studies used several strains of wild-type mice,” he said. “They all respond similarly. One can therefore reasonably extrapolate that snatching dry skin in the absence of eczema will cause both sensitization to a food that comes in contact with the damaged skin and mast cell expansion in the gut. It is now generally thought that the skin is the major portal for sensitization to foods.”