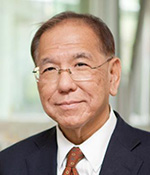 New research shows that about half of all irritable bowel syndrome (IBS) patients treated with fecal microbiota transplantation (FMT) exhibited clinical improvements. That said, the cumulative study findings were not consistent to a definitive conclusion.

A team led by Chung Owyang, MD, chief of the Division of Gastroenterology and Hepatology at the University of Michigan, discovered short-term global improvements of IBS symptoms between 8-12 weeks after FMT, the recommended duration for the assessment of short-term responses to therapy in functional gastrointestinal (GI) disorders.

However, the investigators saw no substantial difference in the global improvement of symptoms in the 152 patients treated with FMT after 12 weeks compared to the 102 patients who received placebo.

The investigators performed a systematic literature search of MEDLINE, EMBASE, Cochrane Central Register of Controlled Trials and Web of Science and scored the RCTs against the results of a placebo using FMT excipients or autologous FMT in IBS.

To be included in the study, the placebo-controlled trials were prospective, randomized, double-blind, with IBS patients as defined by accepted symptom-based criteria, and older than 16 years old. Each study carried a primary outcome of improvement in global IBS symptoms with a minimum of an 8-week follow-up, and compared treatment to a placebo consisting of only the FMT excipients or an autologous FMT.

A further analysis revealed that a single-dose of FMT using colonoscopy and nasojejunal tubes was more beneficial than using autologous FMT for placebo treatment.

The colonoscopy and nasojejunal tube treatment also reduced the likelihood of improvement of multiple-dose capsule FMT in the randomized controlled trials (RCTs).

In 1 of the studies, investigators found an increase in richness and a shift of recipients’ microbial community composition toward donors’ microbial communities that was maintained up to 6 weeks after treatment. However, the changes were not associated with clinical responses to therapy.

Another of the studies showed no microbial composition differences, while a different study demonstrated significant differences in post-FMT fecal microbiota between successful active treatment and unsuccessful placebo treatment.

“Using the endpoint of global improvement in IBS symptoms at 12 weeks after FMT, 4 RCTs involving 254 participants for evaluation of FMT in IBS have yielded statistically inconclusive results, with no significant difference in global improvement between FMT and placebo, and significant inconsistency of results,” investigators wrote.

“Current evidence from RCTs does not suggest a benefit of FMT for global IBS symptoms,” investigators wrote. “There remain questions regarding the efficacy of FMT in IBS as well as the lack of a clean explanation on the discrepant results among RCTs in subgroup analyses.”

IBS is widely considered to be the most commonly diagnosed gastrointestinal condition, impacting between 5.8% and 17.5% of the population worldwide. The symptoms often range in severity and can overlap with other functional disorders and psychiatric conditions.

In recent years, investigators have identified a disturbance of the gut microbiota in IBS patients that includes decreased diversity when compared to healthy patients. One possible treatment option, supported by a plethora of evidence from clinical trials using antibiotics, probiotics and dietary modifications, is manipulating the gut microbiota.

The study, “Efficacy of Fecal Microbiota Transplantation in Irritable Bowel Syndrome,” was published online in The American Journal of Gastroenterology.

Click here to sign up for more HCPLive® content and updates.
Related Coverage >>>
Laparoscopic Ileocecal Resection Comparable to Anti-TNF's for Crohn's Disease
Certain Fecal Fungal Microbiome Patterns Found in COVID-19 Patients
Ozanimod Could be an Alternative to Anti-TNF Drugs for Crohn's Disease
You May Also be Interested in
Most Popular
Denise Daley, PhD: Early Asthma Interventions for Infants
When to Suspect Diarrhea is Symptom of a Clostridium Difficile
Top 10 Painkillers in the US
Should Women Age 65 and Older Be on Hormone Therapy?
Severe COVID-19 Outcomes for MS Patients Linked to Several Factors