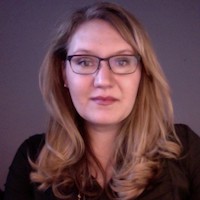 Amelia K. Boehme, PhD
A pair of new studies suggest patients who contract an influenza-like illness are at a higher risk of suffering a stroke, potentially for months after the illness.

The studies will be presented at the American Stroke Association’s International Stroke Conference 2019, Feb. 6-8 in Honolulu, HI.

The first, by investigators at Columbia University, looked the medical records at nearly 31,000 patients who suffered an ischemic stroke in 2014. They analyzed the patients’ records for the years 2012 to 2014, looking for cases of influenza-like illness (ILI). The majority of patients lived in an urban area (84%) and their average age was 71.9 years old.

After matching patient history with the dates of patient strokes, the investigators found that people who had had an influenza-like illness faced a 40% greater risk of stroke in the 15 days following the illness.

“The association occurred within 15 days,” he said. “That's important for people to know because if they get the flu, they want to be on the lookout for symptoms of stroke, especially early on after the flu,” he said.

He cautioned, however, that although the most significant risk occurred in the first 15 days, the data showed patients with an influenza-like illness continued to have elevated risk of stroke for an entire year.

In a press release, lead author Amelia K. Boehme, PhD, assistant professor of epidemiology in neurology at Columbia’s Vagelos College of Physicians and Surgeons, said she was expecting to see variance between stroke rates among rural versus urban patients. No such disparity was found.

“Instead we found the association between flu-like illness and stroke was similar between people living in rural and urban areas, as well as for men and women, and among racial groups,” she said.

The second study looked at an indirect link between flu-like illness and stroke by examining the link between the ILI and non-traumatic cervical artery dissection.

“Cervical or neck dissections make up about 2% of all strokes and up to 25% of strokes in persons who are under 45 years of age,” Gorelick explained.

Lead author Madeleine Hunter, a second-year medical student at Vagelos, and colleagues looked at records of 3861 patients who had suffered non-traumatic cervical artery dissection between 2006 and 2014. The data showed that nearly half of the patients had been diagnosed with flu-like illnesses (1736) or influenza (113) during the 3 years prior to the injury.

Gorelick said the data reinforce the importance of getting a flu shot, and he said it’s not too late to do so this flu season. He added that patients who have the flu and start to experience symptoms consistent with a stroke should seek medical attention.

Click here to sign up for more HCPLive® content and updates.
Related Coverage >>>
How Will COVID-19 Change Pediatric Care?
Study Finds Marijuana Use Not Linked to Increased Stroke Risk
Brian LaMoreaux, MD: Practicing Rheumatology During and After COVID-19
You May Also be Interested in
Most Popular
Nanoparticle Treatment Showing Promise Against Rhumetaoid Arthritis
Positive Results Treating Active Psoriatic Arthritis with Upadacitinib
Comparing RT-PCR and Chest CT for Diagnosing COVID-19
Top 10 Painkillers in the US
Ixekizumab Improves Psoriatic Arthritis Pain, Fatigue