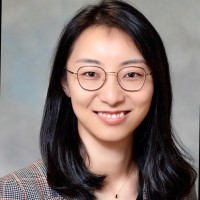 New study findings showed pregnant women who took fluconazole orally had a higher risk of giving birth to a baby with muscle and bone malformations.

“Oral fluconazole during the first trimester, especially prolonged treatment at higher than commonly used doses, should be prescribed with caution, and topical azoles should be considered as an alternative treatment,” Yanmin Zhu, MS, PhD, and study authors said in a statement.

Zhu and the team of Boston-based colleagues used a cohort of pregnancies publicly insured in the US and data from the nationwide Medicaid Analytic eXtract 2000-14. The investigators examined the risk of congenital malformations associated with exposure to oral fluconazole at commonly used doses in the first trimester for the treatment of vulvovaginal candidiasis.

The database contained information on a patient’s Medicaid enrollment, demographics, diagnoses, and all procedures at all outpatient and inpatient settings, and dispensed records for outpatient prescription drugs for reimbursement. In the database, a pregnancy cohort was established to study the safety of drug treatment during pregnancy.

The investigators identified pregnant women aged 12-55 years old who were continuously enrolled in Medicaid from >3 months before the last menstrual period to >1 month after delivery. Also included were those with liveborn infants enrolled from birth to >3 months afterward.

Zhu and the team excluded pregnancies with a chromosomal abnormality or exposure to a teratogenic drug during trimester 1. Among diagnoses of oropharyngeal or esophageal candidiasis, women were also excluded if they had an inpatient diagnosis of fungal infection between 90 days before the last menstrual period and the end of the first trimester.

The investigators chose topical azoles including butoconazole, clotrimazole, miconazole, terconazole, tioconazole, and nystatin in the primary reference group to reduce the risk of confounding by indication. The second reference included women with no oral antifungal agent prescriptions during baseline and the first trimester. What’s more, the team classified women exposed to fluconazole into 3 dose groups: 150 mg, >150 mg to <450 mg, and >450 mg.

Nearly 2 million pregnancies were included in the cohort, or which, 1.9% were exposed to oral fluconazole and 4.2% were exposed to topical azoles during the first trimester. Those in the fluconazole group were more likely to be black, have a vulvovaginal candidiasis diagnosis or other infections, be overweight or obese and have hypertension and diabetes, use other drugs, and use healthcare facilities more often than women with pregnancies not exposed to fluconazole.

“Our study confirmed an increase in the risk of musculoskeletal malformations if fluconazole is used during the first trimester, and refuted large increased risks of conotruncal malformations, oral clefts, and other specific types of malformations,” Zhu and the investigators concluded.

The study, “Oral fluconazole use in the first trimester and risk of congenital malformations: population-based study cohort,” was published online in The BMJ.

Click here to sign up for more HCPLive® content and updates.
Related Coverage >>>
Upadacitinib Outperforms Placebo, Adalimumab for Psoriatic Arthritis
Belimumab Safe and Effective Treating Systemic Lupus Erythematosus
Higher Doses of Upadacitinib Increase Rate of Serious Infections
You May Also be Interested in
Most Popular
US Medical Groups Share Front Against Racism, Healthcare Disparity
Upadacitinib Outperforms Placebo, Adalimumab for Psoriatic Arthritis
Study Finds Marijuana Use Not Linked to Increased Stroke Risk
What Should I Do With This Abnormal ALT?
Top 10 Painkillers in the US