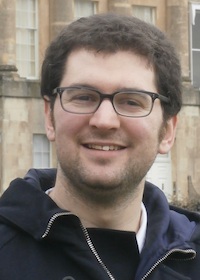 Daniel Goldhill, PhD
The influenza virus has shown resistance to a promising new drug being developed for widespread use including in a flu pandemic, investigators in the UK reported.

Previous clinical trials and laboratory studies of the drug, favipiravir, have not yielded resistant influenza viruses, a team from Imperial College London in collaboration with Public Health England wrote. However, these latest findings from a laboratory study suggest that a universal mechanism for favipiravir resistance exists, the investigators said.

“This study is the first to discover that influenza can evolve resistance to favipiravir,” first author, Daniel Goldhill, PhD, who is affiliated with both Imperial College and Public Health England, told MD Magazine®. “It took two mutations for influenza to evolve resistance.”

Flu viruses cause as many as 650,000 deaths each year. Current antiviral treatments, including adamantanes and neuraminidase inhibitors (NAIs), are limited by the ease at which virus can evolve resistance.

Adamantanes are no longer used because of widespread resistance, the authors said. NAIs, such as oseltamivir, are the only widely available option. But resistance to oseltamivir has also been shown after prolonged use, the investigators noted.

So, the race is on to identify new classes of drugs and combination therapies to counter influenza.

“Novel antiviral strategies are essential to provide a first defense to mitigate novel outbreaks and pandemics before specific vaccines are available,” Goldhill and colleagues wrote.

Favipiravir, a broad-spectrum antiviral being developed in Japan, has proved promising.

“Favipiravir is currently licensed in Japan to be used in the event of a pandemic of drug-resistant influenza,” Goldhill said.

The drug has undergone a phase 3 clinical trial in the US, according to the authors, but is not currently licensed in the UK for the treatment of flu.

In previous studies, favipiravir was shown to be effective against both seasonal and avian flu viruses in cell cultures and animal models. It’s also proved effective against strains that are resistant to NAIs, the authors said.

However, in the recent study, the investigators said they were able to demonstrate that a mutation in a conserved region of the viral RNA polymerase conferred resistance to favipiravir in vitro and in cell culture.

“We show evolution of resistance to favipiravir in the pandemic H1N1 influenza A virus in a laboratory setting,” they wrote.

Goldhill explained that the study demonstrated that 2 genetic mutations were required for the flu virus to develop resistance to favipiravir. The first mutation caused a change in the RNA polymerase enzyme. While this blocked the drug's effect against the virus, it also blocked the ability of the virus to reproduce. A second mutation countered the virus’s loss of fitness. This mutation restored influenza’s ability to thrive and spread, the authors found.

Goldhill doesn’t think this research pulls favipiravir out of the game.

“Favipiravir could still play an important role in the event of a pandemic or as part of a drug combination to treat influenza,” Goldhill said. “It has shown to be effective in clinical trials to date and has the potential to be used in the event of a flu pandemic where other drugs, such as Tamiflu, might fail.”

The recent findings about favipiravir reinforce the importance of considering combinations of therapies to treat influenza infections, the investigators said.

“Favipiravir could be used in combination with other antivirals such as oseltamivir,” they noted. “Animal studies have indeed shown that the two drugs have a synergistic effect.”

The study, “The mechanism of resistance to favipiravir in influenza,” was published in Proceedings of the National Academy of Sciences.

Click here to sign up for more HCPLive® content and updates.
Related Coverage >>>
Kenneth Koblan, PhD: Gaps in Treatment for Bipolar Depression
Insufficient Data to Accurately Monitor Most At-Risk Communities for Flu
Baloxavir Effective in Preventing Spread of Flu
You May Also be Interested in
Most Popular
Denise Daley, PhD: Early Asthma Interventions for Infants
GLP-1 Receptor Agonists and SGLT2 Inhibitors Among the Hottest Advances in the Field of Anti-Hyperglycemia
Acute Kidney Failure Is More Prevalent Among African-Americans
Should Women Age 65 and Older Be on Hormone Therapy?
Top 10 Painkillers in the US