Flu Vaccine Reduces Virus Severity in Patients, Regardless of Prevention 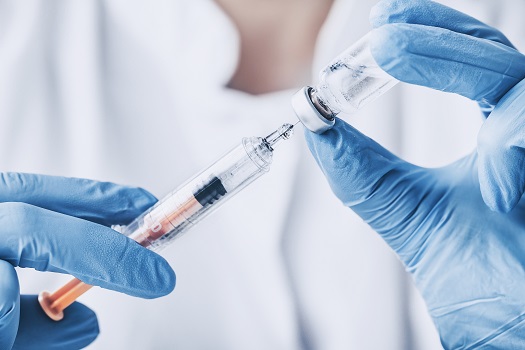 Getting an influenza (flu) vaccine shot may reduce the severity of the infection, even when the vaccine doesn’t prevent the influenza virus itself, a recent study evidenced.

The finding is especially important for people aged 65 years and over. These individuals experience up to 90% of flu-related deaths and more than half of flu-related hospitalizations. According to the most recent weekly flu report from the US Centers for Disease Control and Prevention (CDC), more than 900 elderly people in the US have reported influenza positive specimens thus far this flu season.

In a study conducted in northeast Spain, investigators from the University of Barcelona and public health agencies there found that the effectiveness of a flu shot to prevent intensive care unit (ICU) admissions or death in people 65 and older was 44% out of the total patients hospitalized for flu.

The vaccine’s effectiveness in preventing ICU admissions or death overall was 23%, data from 12 hospitals showed.

“This study, based on surveillance of hospitalized cases of severe laboratory-confirmed influenza from 2010/11–2015/16 in Catalonia, showed an effectiveness of influenza vaccination in reducing ICU admission or death of 23%,” investigators wrote.

Most patients hospitalized for severe influenza are in the 65-and-up age group. Many have underlying medical conditions that lead to a higher risk of influenza-associated complications, ICU admission, and death, investigators noted.

“Influenza vaccination could reduce ICU admission and death in these patients, by reducing the severity of the disease,” they said.

While flu shots are effective in preventing visits to primary care doctors and admissions to the hospital, chronic conditions and risk factors such as older age may hinder a successful vaccine response.

But studies diverge when it comes to assessing the effectiveness of the vaccine in reducing the most severe effects of the flu: ICU admissions and death of patients whose vaccine did not prevent them from getting infected.

The CDC reported in August that a study it supported showed flu shots lessened the risk of severe influenza among adults, including hospitalizations and admissions to the ICU. Vaccination also reduced the severity of the illness.

The CDC noted at the time that, while the annual flu vaccination varies in efficacy, it remains the best possible prevention of the flu and its potentially severe consequences.

In the current study, the researchers considered 1727 patients age 18 and older who were hospitalized for flu in the Catalan region of Spain over 6 flu seasons ending in 2016.

A total of 1285 (74.4%) of the patients presented with one or more influenza risk factors, but only 450 (26.1%) had received the influenza vaccine. Except for 1 season (2013/14), the vaccine had a positive effect, although the effect was not significant in some seasons, the team found.

This suggests an important potential impact of vaccination in reducing influenza severity.

“Influenza vaccination is a factor for a good prognosis, as it reduces influenza-associated disease severity in patients, in whom vaccination did not prevent influenza,” investigators wrote.

One explanation for these results is the role the immune system plays in the influenza virus.

“People who were previously infected by the virus or who received anti-influenza vaccines would get benefits, at least, in the pre-existing cross-reactive memory of cytotoxic T lymphocytes, which would reduce the severity of the infection, even without protective antibodies,” investigators noted.

The study, "Influenza vaccine effectiveness in reducing severe outcomes over six influenza seasons, a case-case analysis, Spain, 2010/11 to 2015/16," was published online in Eurosurveillance.