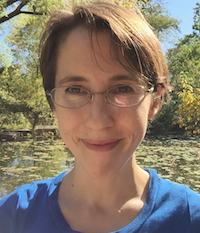 Sarah Cobey, PhD
During what’s been one of the most notable flu seasons in recent years, new research has found that poor immune responses may be to blame for low vaccine effectiveness rates.

In its most recent weekly surveillance ending February 10, the Centers for Disease Control and Prevention (CDC) reported that 50 of 54 US jurisdictions and states had regional or widespread flu activity at the time. National Institute of Allergy and Infectious Diseases (NIAID) director Anthony Fauci, MD, told MD Magazine last month that the flu season matches that of the 2014-15 season, a year featuring a particularly widespread virus.

Though the public generally considers vaccine production — which begins nearly 1 year in advance of the season — to be the fault for low VEs, there's other variables in the production process that could be pointed to. Vaccines are mostly grown in eggs, giving viruses the opportunity to mutate from circulating global strains. But researchers from the University of Chicago and Harvard University have found that previous immune responses are more influential in the VE process.

This phenomenon, “original antigenic sin,” is the result of slight year-to-year virus change that are not caught by antibodies produced by the body during vaccinations. Because the antibodies target unique virus sites to disable, the immune system inherently reactivates the same successful antibodies every time it encounters the virus.

The researchers noted that the earliest antibodies produced to combat the flu virus generally take precedence over ones generated versus later strains. The more history a patient has with the flu — in both vaccinated and unvaccinated seasons — the more likely their immune response is less protective to new strains.

“We see that both vaccinated and unvaccinated people were infected with similar flu viruses and that the vaccine didn’t elicit a strong immune response from most people in our study,” Yonatan Grad, MD, PhD, study coauthor and assistant professor of immunology and infectious diseases at the Harvard T.H. Chan School of Public Health, said in a statement.

That said, virus egg adaptations may have its own role to play in VE. Sarah Cobey, PhD, study lead author and assistant professor of ecology and evolution at the University of Chicago, said egg adaptations often have variable effects.

“Sometimes they matter and sometimes they don’t, but what seems to make the most difference is immune history,” Cobey said.

The researchers analyzed blood samples from people vaccinated for the virus in the 2012-13 season and found no difference in antibody response to the vaccine or circulating strains, implying that immune systems didn’t acknowledge strain differences due to egg mutations because they already covered so many sites on the vaccine strain.

Grad compared the different annual flu virus strains to varying makes and models of cars. While tested animal models from 2012-13 showed their immune systems adapted to slight different strains because they hadn’t seen the flu virus before, people’s immune systems could not distinguish between the differences of the viral equivalent of a “Honda Civic and a Toyota Camry,” and instead just saw similar cars.

Moving forward, Cobey suggested the public demand more effective vaccines, and more research into the complexities and variations of immune response. One such effort — a universal flu vaccine study that’s gauging a different virus protein by which to make the vaccine — has the potential to right the errors of original antigenic sin.

“We need to do more basic research on how to induce responses to the right sites on the virus, and this will require us to understand original antigenic sin better,” Cobey said.

Related Coverage >>>
This Flu Season Is Bad, But It Doesn't Deserve the Hype
Universal Flu Vaccine Company Gets $27.1 Million in Funding

Click here to sign up for more HCPLive® content and updates.
Related Coverage >>>
How Will COVID-19 Change Pediatric Care?
Brian LaMoreaux, MD: Practicing Rheumatology During and After COVID-19
COVID-19 Lockdown Having an Impact on Adolescent Mental Health
You May Also be Interested in
Most Popular
Cancer Survival Complicates Chronic Pain Management
Secukinumab Reduces Spinal Pain for Axial Spondyloarthritis
Flu Cases Near 30 Million in the US, CDC Reports
Top 10 Painkillers in the US
Belimumab Safe and Effective Treating Systemic Lupus Erythematosus