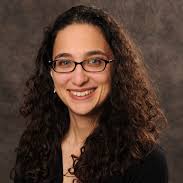 The severity of disease burden and hospitalization from an influenza (flu) season does not directly affect the rate of vaccinations, according to a new study.

The reported effectiveness of vaccines, as well as past flu season severity reports, do very little to influence what is already a decreasing rate of vaccinations among children and teenagers in the US.

A team of investigators, led by Melissa Stockwell, MD, MPH, of the Columbia University Irving Medical Center, believe the findings are counterintuitive to the narrative that families are heavily influenced by the media’s coverage of flu severity and annual vaccines success rates.

The team used negative binomial models to assess the associations of vaccination rates with current and prior year’s vaccine effectiveness and seasonal flu severity, with adjustments for age groups and linear and quadratic terms of years.

The prior flu season’s severity was also shown to not influence pediatric nor adolescent vaccination rates.

Investigators noted they were limited by sparse data, particular in this last observed point—which may actually be an association which has no causal conclusion. There is also a chance that neither factor individually affects vaccination rates—but a combination of factors including them do.

“It is possible that the effects of season severity and VE may be cumulative, reducing uptake if trends continued for multiple years in succession,” Stockwell and colleagues wrote.

That said, the observed general flu vaccination rates among the younger age groups came as an alarm to the investigators. They suggest the decrease may be a reflection of the anti-vaccination movement, as well as the misperception of what reported vaccine effectiveness and flu severity trends means in relation to patient wellbeing.

“Further research understanding what factors affect vaccination decisions that could be targeted in future interventions may be warranted,” they concluded.

The research letter, “Association of Seasonal Severity and Vaccine Effectiveness With Influenza Vaccination Rates in Children,” was published online in JAMA Pediatrics.

Click here to sign up for more HCPLive® content and updates.
Related Coverage >>>
FDA Authorizes Five-Minute COVID-19 Test
Add-On Inclisiran Reduces LDL-C by 51% Over 17 Months in ASCVD Patients
ACR Issues Recommendations for Hydroxychloroquine Use for COVID-19
You May Also be Interested in
Most Popular
Concern Over Sleep Apnea and Coronavirus Transmission
ACR Issues Recommendations for Hydroxychloroquine Use for COVID-19
Comparing RT-PCR and Chest CT for Diagnosing COVID-19
Gastrointestinal Issues Could Help Diagnose Coronavirus
Trial Underway to Test Efficacy of Sarilumab for Patients with Severe COVID-19