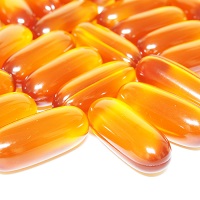 New data from a peer-reviewed meta-analysis is debunking the idea that use of fish oil supplements could protect against or help improve certain mental health disorders.

The World Health Organization-funded research examined data from more than 40,000 participants across more than 2 dozen trials and found omega-3 fats probably had little to no impact in prevention depression or anxiety symptoms.

"This large systematic review included information from many thousands of people over long periods. Despite all this information, we don't see protective effects,” said investigator Lee Hooper, BSc, PhD, a reader at the University of East Anglia’s Norwich Medical School. “The most trustworthy studies consistently showed little or no effect of long-chain omega-3 fats on depression or anxiety, and they should not be encouraged as a treatment."

In an effort to expound upon previous research, a team of investigators from the University of East Anglia (UAE) conducted a meta-analysis of studies from the Central, Medline, and EMBASE databases. Searches included studies of adults with or without depression or anxiety randomized to increased omega-3, omega-6, or total polyunsaturated fat for 6 months or more.

A total of 31 trials were identified for inclusion. Of these 31 trials, investigators identified cohorts of 41,470, 4837, and 4997 patients examining effects of long-chain omega-3, alpha-linolenic acid, and total polyunsaturated fat, respectively. No trials examined the effects omega-6.

In regard to depression severity and remission in existing depression, the effects remained unclear after analysis. Furthermore, increasing alpha-linolenic acid by 2 g/d per day could increase risk of depression symptoms slightly over 40 months. Investigators noted results of analyses did not differ by risk of bias, omega-3 dose, duration, or nutrients replaced.

Based on the results of their analyses, investigators concluded long-chain omega-3 supplementation likely has little to no impact on the treatment or prevention of depression or anxiety symptoms.

“We found that there is no demonstrable value in people taking omega-3 oil supplements for the prevention or treatment of depression and anxiety,” said study investigator Katherine Deane, PhD, senior lecturer at UAE. "Considering the environmental concerns about industrial fishing and the impact it is having on fish stocks and plastic pollution in the oceans, it seems unhelpful to continue to swallow fish oil tablets that give no benefit.”

This study, titled “Omega-3 and polyunsaturated fat for prevention of depression and anxiety symptoms: systematic review and meta-analysis of randomised trials,” was published in The British Journal of Psychiatry.