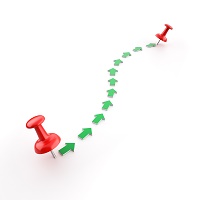 The breakneck pace of clinical research means that, by necessity, there is little time to assess the past. But research published earlier this year in the Journal of Virology on the origins of the Hepatitis C virus (HCV) shows that such examination is not a morbid trip down memory lane, but rather can deliver key insights into current prevention efforts.

The study, from researchers at the University of Glasgow, dates the beginnings of HCV to the 1940s and says it most likely arrived through the mass treatment of soldiers in field hospitals across the country during WWII. Under circumstances of war, hastily organized and overwhelmed care units meant that HCV was easily spread easily between soldiers as their injuries were treated.

Using statistical analysis to examine the transmission dynamics, the researchers say, can help provide a basis for identifying HCV transmission hotspots. They posit that a more comprehensive understanding of exactly how hepatitis C virus is transmitted during times of significant spread could facilitate public health initiatives to reduce the prevalence of HCV in people who contract it through intravenous drug use.

From the data, they found the origin of extant Scottish sequences from genotypes in and around Glasgow. “Transmission hotspots were detected with 45% of samples from patients residing in just nine of Glasgow’s 57 postcode districts. HCV was introduced into Scotland in the 1940s concomitant with its worldwide dispersal likely arising from global-scale historical events.”

The data matched up with analyses of the number of strains of the virus found across the world, which rapidly increased in the late 1930s and early 1940s, suggesting that HCV was dispersed worldwide during the war. Because the virus was not clinically identified until 1989, and because early signs of HCV infection mimic the common cold and other mild infections, infected service personnel and others wounded during WWII returned to their home countries and unknowingly spread HCV through untreated blood products.

Scotland has long been at the forefront of studying HCV, particularly as it concerns public health. The researchers hope these latest findings could support national and international initiatives aimed at slowing the spread of the disease.