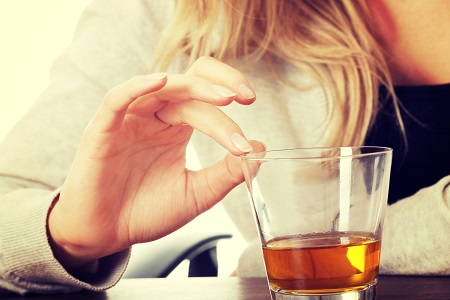 Substance use is a major concern in people infected with the human immunodeficiency virus (HIV) and in those who are at high risk for becoming infected. Although users can contract the virus from injectable drugs, alcohol, crack cocaine, methamphetamine, and inhalants are among the common substances that put people at risk.

Researchers from 18 institutions – including Colombia University, Emory University, the University of Miami, and San Francisco Department of Public Health – collaborated to assess whether other interventions besides usual care would impact HIV viral suppression.

“We will not achieve an AIDS-free generation if we don’t address substance use and the other co-morbidities that come with substance use,” Lisa Metsch, PhD, the Stephen Smith professor and chair of the Department of Sociomedical Sciences at the Mailman School of Public Health at Colombia, said in a news release.

The team looked at data from 801 patients with HIV from 11 hospitals in major US cities with high infection rates. The cohort included 261 women (32.6%) and had an average age of 44.6, as described in The Journal of the American Medical Association (JAMA). For six months at some point from July 2012 to January 2014, the participants were either given patient navigation (care coordination with case management), patient navigation plus financial incentives, or usual treatment (HIV care and substance use disorders treatment). Viral load was recorded at baseline, six months, and 12 months.

The patient navigation group had up to 11 sessions of case management over the six months and financial incentives were up $1,160. The idea was that the money would reduce substance use and increase HIV care to improve health outcomes.

“It should also be noted that participants in this trial face complex issues including considerable socioeconomic disadvantage,” Metsch continued.

By the 12-month follow-up, there were no differences among the three groups when it came to HIV viral suppression versus nonsuppression or death.

The results show that alternative interventions did not do better than usual HIV care – even with financial incentives.

“Therefore, the study results raise the question of whether intensive, individual-level interventions are sufficiently broad enough to improve HIV outcomes among populations currently not benefitting from treatment,” Metsch concluded.

Click here to sign up for more HCPLive® content and updates.
Related Coverage >>>
Parental Therapy Helps Children with Anxiety
How COVID-19 Affects Children and Pediatric Care
Dawn Carr, PhD: Geriatrics Face Difficult Hurdles During COVID-19 Pandemic
You May Also be Interested in
Most Popular
Flu Cases Near 30 Million in the US, CDC Reports
Comparing RT-PCR and Chest CT for Diagnosing COVID-19
Limited Supply of Chloroquine, Hydroxychloroquine Could Affect COVID-19 Use
Ocular Symptoms Present in Almost a Third of COVID-19 Patients
How ACE2 Reduction Associated with Aging Affects COVID-19 Severity