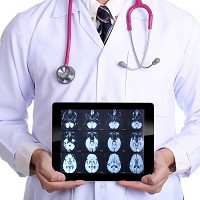 The first study to investigate the link between fibromyalgia and stroke risk revealed telling results across all ages and sexes.

Fibromyalgia is a chronic pain and fatigue condition that is more common in women than men. Although people are typically diagnosed at middle age, symptoms often begin earlier. The condition has been linked to sleep problems and depressive symptoms; now, researchers from the China Medical University Hospital found that these patients are more likely to suffer from stroke.

A total of 47,279 patients with fibromyalgia were compared with 189,112 controls matched for age and sex. As described in Medicine, the researchers used the Cox proportional hazards regression to determine the participants’ risk of stroke. Overall, those with fibromyalgia had a 1.25-fold higher stroke risk than those without the condition in both sexes.

“The incidences of stroke were 9.86 and 7.17 per 1000 person-years in the fibromyalgia and non-fibromyalgia groups, respectively,” the report said.

It’s been well-established that age is the most critical stroke risk factor – with advancing age increasing the risk. The older participants in this study, ages 65 and older, were more likely to experience stroke whether they had fibromyalgia or not. However, there was a higher weight of stroke increase in the younger patients. Younger patients, defined as younger than 35 years old, had a 2.26-fold higher relative stroke risk than controls. Regardless of reported comorbidities – including hypertension, diabetes, hyperlipidemia, coronary heart disease, irritable bowel syndrome, and interstitial cystitis – fibromyalgia was an independent factor of stroke. Previous hospitalization for fibromyalgia only slightly increased the risk of stroke.

“Because stroke-related comorbidities were less prevalent in the younger population, the effect of fibromyalgia per se was more pronounced in younger patients than in elders,” the authors confirmed. The findings indicate that prevention measures are required in those with fibromyalgia.